Lynda Johnson Robb served as the Chairman of the RIF Board of Directors from 1996 until 2001. The first child of President Lyndon B. Johnson and his wife, Claudia Taylor Johnson – known affectionately as “Lady Bird”, Lynda carried on the family legacy with grace.

She studied history at the George Washington University and graduated with honors in 1966 from the University of Texas. She holds honorary degrees from Norwich University in Northfield, Vermont, and Washington and Lee University in Lexington, Virginia. She began her career on the staff of McCall’s Magazine and later became a contributing editor at Ladies’ Home Journal. In 1981, she began to work with her husband, Lieutenant Governor Chuck Robb, on his campaign for the office of Governor of the Commonwealth of Virginia, which was a success.

As First Lady, she launched and chaired the Virginia Women’s Cultural History Project. In 1979, she was appointed by President Jimmy Carter to serve as Chair of the President’s Advisory Committee for Women. Additionally, she chaired the Virginia Task on Infant Mortality. The task force, under her leadership, awarded grants to several educational, community and governmental organizations across Virginia for the development of a Resource Mothers Program in areas in the state where infant mortality rates were high. She received a Congressional appointment to serve as a commissioner on the National Commission to Prevent Infant Mortality for her efforts.

Having served many organizations, Robb has focused on the condition of children and women, especially on their health and education. She is also the President of the National Home Library Foundation and a member of the board of the Lyndon Baines Johnson Foundation.

Lynda is currently President of the National Home Library Foundation; Chair Emerita of Reading Is Fundamental; and a member of the board of the Lady Bird Johnson Wildflower Research Center. She lives in Virginia with her husband former Virginia Governor and former United States Senator Charles Robb. She currently serves on the Library of Congress Literacy Awards board. She is the Chairman Emerita of the organization due to her continued love and advocacy for children’s literacy. 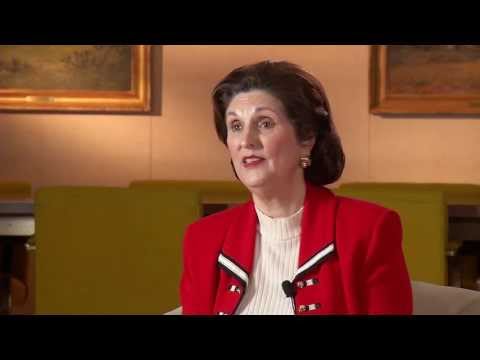