Lucrezia Reichlin is one of the most influential economists in Europe, author of numerous publications and an expert in econometric methods and monetary economics. She is currently Professor of Economics at the London Business School.

Lucrezia’s field of research focuses on applied time series, macroeconometry, economic cycles and monetary policy. She is considered a pioneer, along with other authors, in econometrics methods for the analysis of a large number of time series: dynamic factor models, contraction methods and self-regressive Bayesian vectors. Through her research she designed the Eurocoin index, which coincides with economic activity for the euro area, developing methods that are widely used by most central banks in the world for research on economic cycles.

Lecturer at the London Business School and non-executive director of the UniCredit Group, Reichlin was appointed Director of Research for the international economics program at the Center for Economic Policy Research (CEPR), one of the most important European academic networks in economic research. As co-founder and scientist in charge of the CEPR Euro Area Business Cycle Network she is currently a member of the scientific council of numerous institutions around the world, a fellow of the European Economic Association and a member of the Council of the Royal Economic Society.

She is co-founder and director of Now-Casting Economics Ltd. and was director of the research department of the European Central Bank, as well as a consultant to numerous central banks around the world: the Federal Reserve Board of Governors, the Swiss National Bank, the Bank of Italy and the Swedish Central Bank. She writes regularly in the Corriere della Sera and collaborates with various international magazines, such as the Journal of Applied Econometrics and NBER International Symposium in Open Macroeconomics. 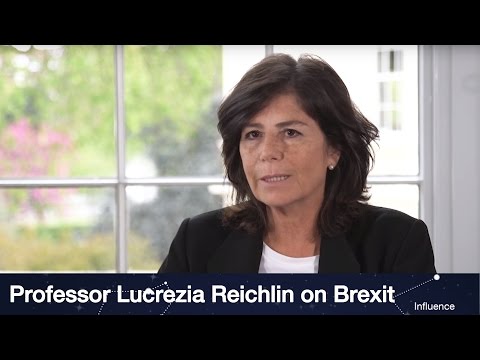 Project Syndicate -COVID-19 Is an Opportunity for Europe