Captain Louis Rudd MBE is an inspirational and motivational speaker who is the first and only individual to have crossed Antarctica twice on foot. Prior to this, he was a Royal Marine Commando and Sniper followed by 25 years in the SAS. His stories of exploration, endurance and physical and mental resilience captivate his audiences as he shares his unique insights on leadership and team building.

In November 2018, Louis caught the world’s attention as he undertook his Spirit of Endurance expedition which saw him ski over 900 miles solo and unsupported across Antarctica. The journey was completed in 56 days and he became the first British person and second individual ever to complete the crossing. It was serialised by the New York Times and featured heavily in the press and TV. He is the author of the book, Endurance (2020)

His first trip to Antarctica was in the Winter of 2011-12, accompanied by his friend, the late polar explorer Henry Worsley. The Duke of Cambridge was patron and following the original route of the Norwegian Roald Amundsen, this 67 day, 800-mile unsupported journey took them from the Bay of Whales, up the Axel Heiberg Glacier to the Geographic South Pole.

Other expeditions to the Polar regions followed, including leading a team of five civilians on a traverse of the Greenland Ice Sheet. Hit by a hurricane-strength storm, one team member got lost and another was trapped inside a collapsed tent – he was buried beneath the snow and slowly running out of air. Unable to stand in the strong winds, Louis conducted a search on his hands and knees with a rope tied around his waist and found the trapped member who had just recorded a final message on his iPhone. In spite of these terrifying setbacks, under Louis’ incredible leadership, the team completed the crossing in 27 days.

His endurance, physical and mental resilience have time and time again exhibited his unique sights of leadership and team building.

Louis inspires and engages audiences with incredible stories of exploration, endurance and physical and mental resilience. Louis motivates audiences to access their untapped potential, drawing connections between the extreme challenges he has faced in the SAS and the Antarctic and the day-to-day pressures we all face in life and at work. 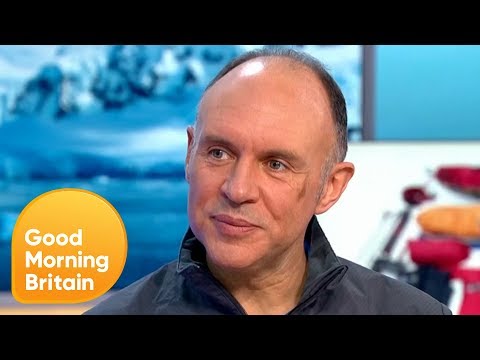 With 'Endurance', I wanted not just to share the incredible experiences I've been through, but to inspire others to go on and achieve their own goals and dreams.
Louis Rudd