Lord Kim Darroch is an experienced and well-respected diplomat specialising in national security issues and European policy, with a career spanning over 40 years. He is a retired UK civil servant and life peer in the House of Lords.

His book, “Collateral Damage: Britain, America and Europe in the Age of Trump” (2020), was published by William Collins in the UK and by Public Affairs in the US. This book provides insight into the relationship between Britain and the United States. Lord Darroch shares his experiences of working in Trump’s America and his decision to resign after his confidential cables, in which he criticised the Trump administration, were leaked to the press.

From 2016-19, Lord Darroch was the British Ambassador to the United States. Prior to this between 2012-15, he served as the National Security Adviser to Prime Minister David Cameron, overseeing global issues and conflicts in Iraq, Libya and Ukraine. He held senior roles working on multilateral negotiations in UK-EU Policy, including working as the Permanent UK Representative to the European Union from 2007-11 and as Prime Minister Tony Blair’s EU Adviser from 2004-07.

Other roles held by Lord Darroch during his earlier career include Private Secretary to the Minister of State for the Middle East, Head of the News Department at the Foreign and Commonwealth Office and Head of the Adriatic Department during the Dayton Accords negotiations that put an end to the Bosnian War.

He was made a life peer in the House of Lords in 2019. Previously, he was appointed a Knight Commander (KCMG) in 2008 and a Companion of Order of St. Michael and St. George (CMG) in 1997. He studied Zoology at Durham University and joined the Diplomatic Service in 1977. 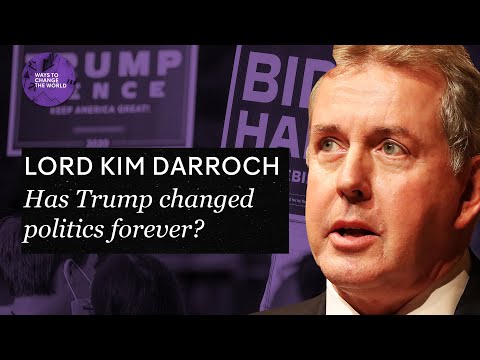 Interested in booking Kim Darroch to speak at an event? Please provide your details and we’ll get in touch within 24 hours.