Linda Moir has worked in a number of high profile businesses that have developed extraordinary reputations for outstanding customer service. She combines a unique background in HR and customer service management to deliver exceptional performance through people.

In 2012 Linda led the front of house Event Services team at the London Olympic and Paralympic Games where 15,000 volunteer Games makers hosted 9 million spectators. Linda developed the blended team approach at the London games, combining professional paid stewards with volunteers Games makers. The team shattered the belief that British people don’t do service. Through a three year programme of engagement the London Games makers became one of the most iconic and memorable symbols of the games.

Previously, as Virgin Atlantic’s Director of In Flight Services, Linda was responsible for the airline’s award winning service. For five years she oversaw significant business growth whilst consistently driving the Virgin Atlantic service promise of “Brilliant Basics, Magic Touches.” With the support of Sir Richard Branson she revised the recruitment, training, promotion and performance management of 5,000 Cabin Crew that led to the highest recorded customer satisfaction scores.

Before joining Virgin she was HR Director for National Air Traffic Services during the period of transition from public to private ownership. She started her career at British Airways and was involved in the organisation’s transformation to a customer led business.

Linda has undertaken a range of speaking engagements in the public and private sectors, as well as leading large training initiatives including six events at Wembley Arena as part of the London 2012 Games maker Orientation programme. 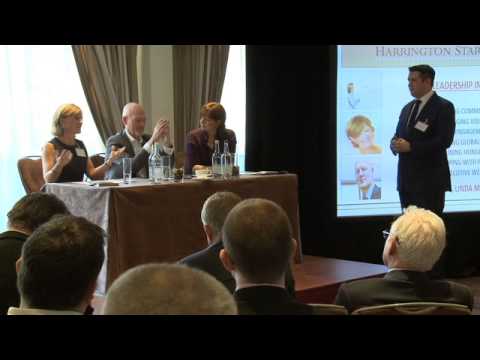