Levison Wood is an explorer, writer and photographer who has covered conflicts, events and stories around the world for over ten years. His journalism has taken him from the streets on Baghdad in 2003 to the mountains, deserts and jungles of Afghanistan, Syria, Pakistan, North and South Sudan, most of Sub-Saharan Africa, India, Nepal and South East Asia. In 2011 he spent a brief period alongside Karen rebel forces in Burma.

Levison has recently returned after undertaking a year long trek – the first ever expedition to walk the entire length of the river Nile, from Source to Delta. The journey was commissioned into a four part documentary series for Channel 4, which aired in January 2015.

Attracted to foreign climes and adventure since a young age, Levison has travelled and worked in over eighty countries worldwide. He spent a number of his early years as an Officer in the British Parachute Regiment, where he served in Afghanistan fighting against Taliban insurgents in Helmand, Kandahar and Zabul in 2008.

His work in journalism has led him to enter the world of documentary making and he has collaborated on productions with National Geographic, Discovery Channel Magazine, CNN, Animal Planet, Channel 4 and the BBC. He has interviewed and photographed some of the most prominent names in the International community, from Hollywood actor George Clooney to travel writer Paul Theroux. In 2011 he was made a Fellow of the Royal Geographical Society.

Levison combines his photography with a passion for exploration. He is a director of Secret Compass, with whom he has led pioneering journeys into undiscovered regions including the first ever successful walk across Madagascar, coast to coast; scientific research in Burundi, mountain climbing in Iraq, and a horse riding expedition retracing the steps of the explorers of the Great Game in search of the river Oxus. 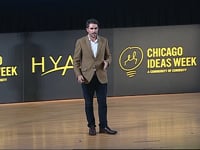