An award-winning author, speaker, wine consultant, and television host, Leslie Sbrocco is known for her educational and entertaining approach to wine.  Voted as one of the Top 100 most influential people in the American wine business by IntoWine.com, Sbrocco’s engaging personality, humor, and in-depth knowledge are her trademarks whether appearing on screen or in person.

Sbrocco’s first book, “Wine for Women: A Guide to Buying, Pairing and Sharing Wine” (2003), has been excerpted by two national magazines – Redbook and Family Circle – and won the coveted Georges Duboeuf Best Wine Book of the Year award. Her second book, “The Simple & Savvy Wine Guide,” (2006) was released to wide acclaim, and she is currently at work on her third book, 100 Days…100 Drinks.

Her work has been published in outlets such as People Style Watch magazine, Epicurious.com (where she was the Tasting Notes columnist for five years), O the Oprah magazine, Coastal Living, Woman’s Day, Health, Good Housekeeping, and Glamour among others. Prior to completing Wine for Women, Sbrocco was a columnist for The New York Times online and general ,manager of WineToday.com, a site of The New York Times Company. She is also the co-founder of the multi-media company, Thirsty Girl LLC.

Sbrocco is host of the PBS restaurant review series Check Please! for which she has won a coveted James Beard award, three Taste Awards, and three Emmy awards in the span of nine seasons on air. She was a featured judge on the PBS national series, The Winemakers, and created wine pairing/educational content to launch the current season of the hit TBS show, Cougartown. She appears frequently on national television outlets including CNN, The Hallmark Channel’s Better TV, and NBC’s Today Show.

Sbrocco has built wine programs for and consulted with companies such as Target, Harry & David, the Kimpton Hotel Group, and Virgin America Airlines. Her educational and event clients include The Atlantic City Alliance, Wines from Spain, Trentino Wines, G7 Wines of Portugal, Southern Wine and Spirits, Crystal Cruises, and Holland America Cruise Lines. 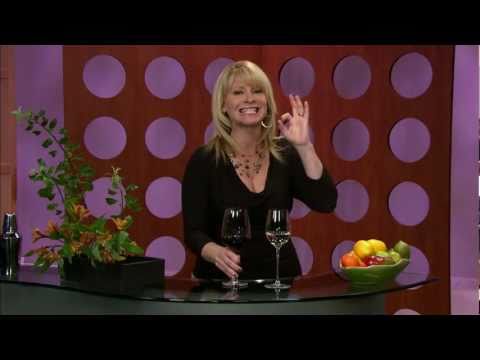