Lee Spencer joined the Royal Marine Commandos in 1992. He completed operational tours of Northern Ireland and Iraq where he led a section in the first wave on the assault of the Al Faw peninsular. Lee then served as a troop Sergeant before qualifying for special duties and subsequently undertook 3 tours of Afghanistan often working in an undercover and covert role.

In January 2014 whilst helping motorists who had crashed into a motorway central reservation, Lee lost his right leg below the knee having being hit by debris from a further crash. Conscious throughout, Lee was able to utilise his military training to save his own life by instructing a passer-by to apply a tourniquet. This received national news coverage (Daily Mail: 2014 Lee Spencer Accident) and Lee was awarded the High Chief Constables award for his selfless actions on the night.

In 2015 as a crew member of Row2Recovery’s all amputee crew of four, Lee rowed across the Atlantic from La Gomera in the Canaries to Antigua and into the Guinness world record books as the first physically disabled crew of four to row any ocean. (Telegraph: 2015, Row2Recovery)

In January 2019, after several postponements due to a family bereavement and adverse weather conditions, Lee set off from Portimao, Portugal to attempt rowing solo and unsupported from mainland Europe to mainland South America. 60 days, 16 hours and 6 minutes later he rowed into Cayenne, French Guiana not only becoming the first physically disabled person to do so and completing the longest solo row of any disabled person, he also beat the able bodied record by an astonishing 36 days.

As The Rowing Marine, Lee raised money for The Royal Marines Charity and the Endeavour Fund. Following his success he received a video call from HRH Duke of Sussex, to congratulate him upon his achievement. In 2019, he was awarded the BEM (British Empire Medal) for charitable fundraising, and was featured in 2019’s Guinness Book of Records, coming to a total of 4 Guinness World Records. He holds the world record for the fastest unsupported row across the Atlantic.

A natural and engaging speaker, Lee’s incredible personal story has captivated a range of audiences: From school children – often those deemed to have the most challenging behaviour – to after dinner gala events and the England football team in their pre 2018 World Cup training camp. 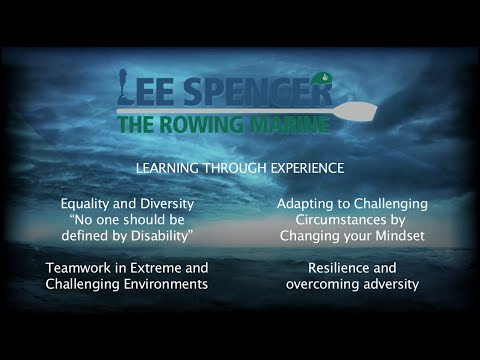 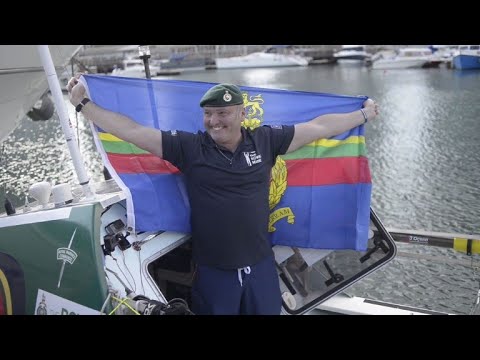