Laurence Kemball-Cook is the award-winning founder and CEO of Pavegen Systems, an innovative clean technology company. Pavegen is a flooring technology that instantly converts kinetic energy from footsteps into renewable off-grid energy.

This technology has been used across the world and installed in over 150 projects in more than 30 countries. Laurence has partnered with figures such as solar entrpreneur and artist Akon, football legend Pele and will.i.am to promote his clean-tech vision. He has also worked with some of the world’s largest companies including Shell, Adidas, Heathrow and Europe’s largest shopping centre, Westfield.

Through Pavegen, Laurence Kemball-Cook has become a regular speaker at many high profile technology and entrepreneurship events. His charismatic nature and entreprenuerial savvy have been seen at the UN’s +20 climate conference, Nerve, O2 Campus Party, and the UN’s Millennium Development Goals in Bahrain. He is a 6x TED speaker (California, Berlin, Brazil, and London 3x). He also makes regular media appearances with BBC Television News, CNN, The Times, Wall Street Journal, USA today, Wired, and National Geographic. The Daily Telegraph have described him as a ‘boy genius’ while The Guardian say Pavegen is ‘shifting our perceptions of renewable energy’. His journey from developing the technology in a small flat in Brixton to travelling around Asia and Europe as part of the British trade delegation is described by The Gentleman’s Journal.

Laurence and Pavegen have been recognised with numerous awards and accolades, including an Observer Ethical award, a 2012 World Technology award and a UKTI British Export of the Year award. He has also attended trade missions in China and Italy with former British Prime Minister David Cameron, and accompanied the Mayor of London, Sadiq Khan, on trips to New York and Chicago. In the UK government’s upcoming #believeintheUK campaign, Laurence will be promoted as one of the UK’s foremost creators.

“Think of all the millions of people in the world; think of all the hundreds of cities; and think about what could be created if we could capture the energy and data from every step a person makes.” 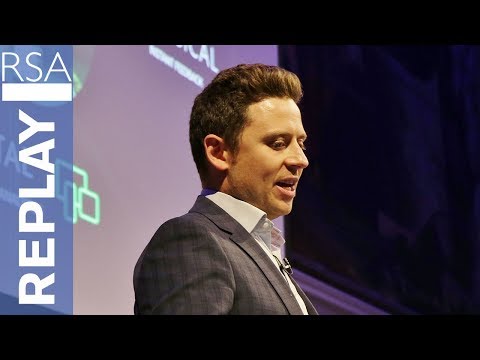 Friendly, enthusiastic and bringing the ‘green’ agenda to the forefront, Laurence’s presentation was dynamic and energy fuelled. The final session after a day-and-a-half (and a late night) of conference is not the easiest slot to fill, but the interest and engagement in the room was palpable. Our guests certainly left the event inspired and on a high, with a fresh insight how they might drive effective engagement through innovation and analytics.
Lisa Dolan EMEA Event Manager, CBRE
Laurence was amazing. The audience loved him and were captivated throughout. He was lively, active and full of energy. Everyone was so enthused about both him and the incredible technology he is bringing about. He brought the conference to life.
UN Sustainable Development Goals 'Give Back' conference, Bahrain, Apr 2017