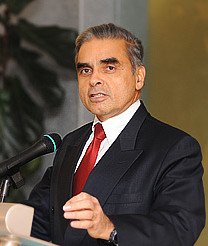 Professor Kishore Mahbubani is a Distinguished Fellow at the Asia Research Institute (ARI), National University of Singapore (NUS). He is an authoritative speaker on the rise of Asia and US diplomatic relations.

In 1971 he joined the Singaporean Ministry of Foreign Affairs and served in Cambodia, Malaysia and Washington DC. From 1993 to 1998 he was Permanent Secretary at the Foreign Ministry of Singapore, and from 2001 to 2004 he served as Singapore’s Ambassador to the UN in New York. During this time he served two periods as the President of the UN Security Council (January 2001 and May 2002).

Kishore is the influential author of “Can Asians Think?” and  “Beyond The Age Of Innocence: Rebuilding Trust Between America and the World” and “The New Asian Hemisphere: The Irresistible Shift of Global Power to the East” .

His book “The Great Convergence: Asia, the West, and the Logic of One World” (2013) argues that the 21st century has seen the rise of a global middle class, which is resulting in an unprecedented convergence of interests and perceptions, cultures and values.

Kishore’s latest book, “Has China Won?”, published in 2020, demonstrates his knowledge and understanding of evaluating both China and America’s sides. It is an insightful perspective upon the strategic stakes and mistakes in this great geopolitical contest.

Kishore has displayed his professional and extensive knowledge, appearing multiple times on stage. He has hosted a TED Talk: ‘How the West can adapt to a rising Asia’, in April 2019 and participated in The Munk Debate in May 2019.

Kishore has written articles for a wide range of prestigious journals and newspapers. He has been profiled in Time Magazine and the Economist and has been selected for as one of Prospect and Foreign Policy’s “Top 100 Public Intellectuals” (2005), one of the Financial Times’ Top 50 individuals who would shape the debate on the future of capitalism, and one of Foreign Policy’s “Top Global Thinkers” in 2010 and 2011. 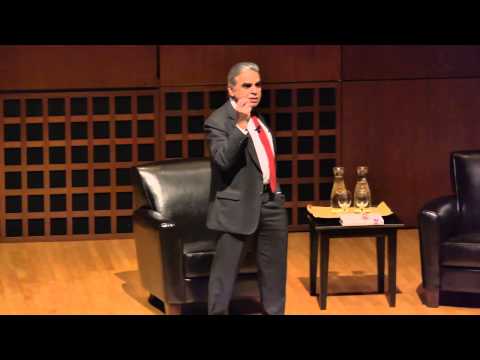 TED talk | How the West can adapt to a rising Asia

Interested in booking Kishore Mahbubani to speak at an event? Please provide your details and we’ll get in touch within 24 hours.