Born into a business family, Kevin began his sales apprenticeship in the family shop in the West of Ireland at the tender age of six. Very soon he became aware of the power of attention – different types of attention!  He quickly understood what type of customer wanted swift execution and which one wanted a counselling service!

This upbringing and associated learnings were the catalyst for his subsequent career in sales and marketing. On graduating with a Marketing degree, Kevin consistently broke sales records in each of companies he worked for, culminating in him being continuously head hunted. Finally in 1990, Kevin honoured his entrepreneurial DNA and set up his own company, Advanced Marketing.

The company dedicated itself initially to increasing the sales of small and medium businesses, in addition to exhaustively researching the area of personal and business potential. In 1996, Kevin committed to writing a Best Selling book on motivation, the first of its kind on the Irish market. “How? When You Don’t Know How” became a mega best seller.

Kevin learned a very valuable lesson in terms of selling and execution: knowledge may give you enough reasons not to act but Do! it anyway, and be prepared to end up in a place you recognise and accept as better than your starting point. This book became the foundation on which he built his international speaking career. Since then he has written four more books and produced three CD’s.

Staying true to his Irish roots, Kevin is a master storyteller who has worked around the world with Fortune 500 companies and prestigious associations like the Million Dollar Round Table.

His keynotes consistently deliver an interactive conversation that engages, informs, inspires and empowers attendees with a toolbox of invaluable takeaways.

In addition to his keynotes; Kevin advises a growing number of clients on how to journey into the DNA of the company, craft a compelling message that sticks in the marketplace, and grow their sales.

Kevin lives on the Wild Atlantic way with his wife, Deirdre and young son Conor. He is a passionate Liverpool FC supporter. At the weekend you will find him on the football pitch where he trains under age soccer and football teams. Nothing apart from watching Conor play soccer, gives Kevin more satisfaction than delivering results for his clients. 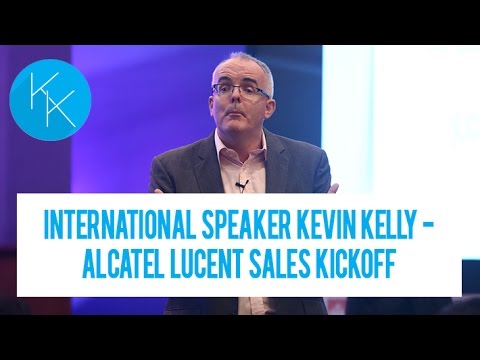 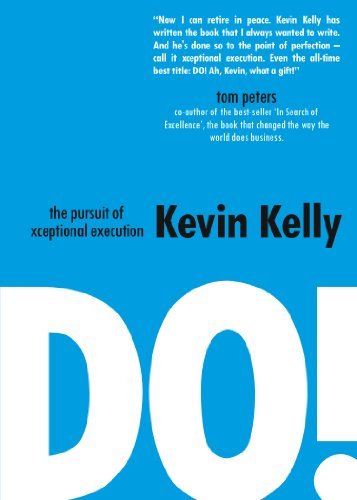 DO! the pursuit of xceptional execution

Energetic, dynamic and curiously captivating. 75 minutes disappeared in a heartbeat with Kevin engaging a multi-cultural group of sales and business distributors from across EMEA, challenging and inspiring them to think differently. His messages were absolutely on point and perfectly in sync with our own priorities, I could not have hoped for a better or more aligned finish to a great meeting!