Kevin Featherstone is Eleftherios Venizelos Professor of Contemporary Greek Studies and Director of the Hellenic Observatory within the European Institute at the London School of Economics & Political Science.  He has also held visiting positions at the University of Minnesota, New York University, and Harvard, as well as permanent posts at the universities of Bradford and Stirling in the UK.

His expertise has been recognised by the President of Greece awarding him one of Greece’s highest honours (‘Order of the Phoenix’) in 2013 and by the European Parliament selecting one of his books for its all-time list of ‘The 100 Books on Europe to Remember’ in 2014.  He is an elected Fellow of the Academy of the Social Sciences in the UK.

Kevin has published widely on Europe and on Greece.  His, ‘Road to Maastricht: Negotiating EMU’ (Oxford 1998), co-authored with Kenneth Dyson, was widely praised.  More recent books have focussed on the problems of structural reform in Greece and Greece’s long-term relationship with Europe.  He is currently writing a new book on the internal dysfunctionalities of government administration in Greece (Oxford, forthcoming). 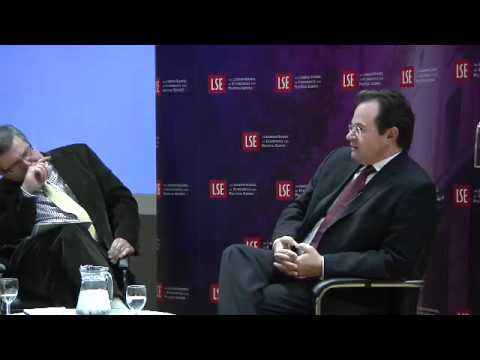