Kenneth S. Rogoff is Thomas D. Cabot Professor of Public Policy and Professor of Economics at Harvard University. He is renowned for his unique and topical analyses of the economy in the US and around the globe as he examines the shifts of economic power, the sovereign debt crises and the role monetary policy will have in our future.

From 2001-03, Ken served as chief economist and director of Research at the International Monetary Fund. He was previously the Charles and Marie Robertson Professor of International Affairs at Princeton University.

He is co-author (with Carmen Reinhart) of the international best-seller “This Time is Different: Eight Centuries of Financial Folly” (2009), in which he shows how the 2007 financial crisis was wholly predictable. It has been very widely cited by academics, policy-makers and journalists. Ken is also author of the treatise “Foundations of International Macroeconomics” (joint with Maurice Obstfeld – 1996), which is the standard graduate text in the field worldwide. Ken’s latest book, The Curse Of Cash, is published by Princeton University Press in 2016.

Ken writes extensively on international finance, particularly on exchange rates and international debt issues. His monthly syndicated column on global economic issues is published regularly in over 50 countries. He is 2011 winner of the biennial Deutsche Bank Prize awarded by the Center for Financial Economics.

He serves on the Economic Advisory Panel of the New York Federal Reserve, and is a member of the Council on Foreign Relations.

In the 1970s Ken was one of the strongest chess players in the USA, coming second in the 1975 US Chess Championship. He holds the life title of international grandmaster of chess. 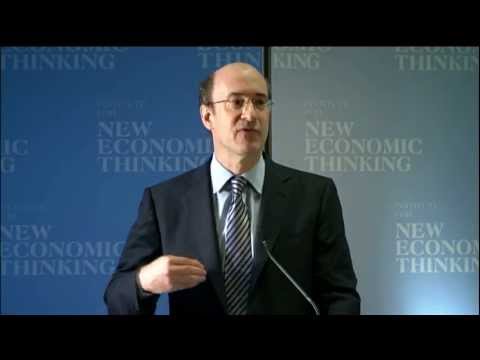 Why Austerity is right & Growth is critical (2012)

The Curse of Cash Hardcover by Kenneth S Rogoff

Our basic message is simple: We have been here before. No matter how different the latest financial frenzy or crisis always appears, there are usually remarkable similarities from past experience from other countries and from history
from opening paragraph of This Time is Different: Eight Centuries of Financial Folly by Ken Rogoff and Carmen Reinhart