Previously, Kemal served in the Turkish Parliament representing Istanbul from 2002 to 2005. From 2001 to 2002, he was Minister for Economic Affairs and the Treasury, without party affiliation, of the Republic of Turkey. He was responsible for Turkey’s recovery program after the devastating financial crisis that hit the country in February 2001, pushing through a tough stabilisation program with far-reaching structural changes and sweeping bank reforms that protected state banks from political use.

From 1977 onwards, Kemal has held several prominent positions at the World Bank. Notably, he became Vice-President for Poverty Reduction and Economic Management in 2000, where he was responsible for the World Bank’s global programmes and policies to fight poverty. He was also responsible for operational co-ordination with other institutions, including the United Nations system, the IMF and the WTO on international institutional and policy issues.

He has recently co-edited and published two additional books, the first “Europe’s Crisis, Europe’s Future” (co-edited with Jacques Mistral) on European Affairs, and the second “The G-20 at 5” (co-edited with Peter Drysdale) on the history and future prospects of the G-20 leaders summits and the related policy issues (both Brookings Press, Spring 2014). He is involved in many working groups and advisory groups on the World Economy, Europe and the Emerging Markets.

On the Eurozone Crisis and European politics (2013) 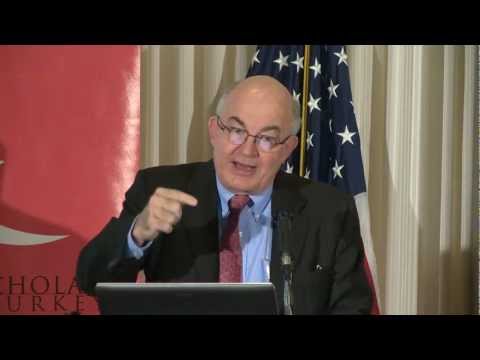