Katty Kay is a popular keynote speaker who is currently the lead anchor for BBC World News America.

Katty is seen in America on nearly 300 Public Broadcasting Stations which carry BBC World News America broadcasts.  Katty’s reports on the latest U.S. economic and political news are also carried by BBC News channels globally, giving her a vast international audience.  In addition, Katty is also a frequent guest commentator on NBC’s Meet the Press as well as a regular guest and substitute co-host on MSNBC’s Morning Joe.

The daughter of a British diplomat, Katty grew up all over the Middle East.  Her career with the BBC began in Zimbabwe in 1990 where she started filing radio reports for BBC World Service radio. From there she also covered the end of apartheid in South Africa.  Katty then went on to work as a BBC correspondent in London, and later Tokyo, reporting on stories including the Kobe earthquake and the Japanese economic recession. She settled in Washington in 1996 where she took some time out from broadcast journalism to join The Times’ (the British newspaper) Washington bureau before returning to the BBC in 2002.

Katty is a popular speaker who addresses both current political events and also issues impacting women.  Katty’s talks on American politics and global affairs offer the fresh perspective of someone who has lived in and reported from the Middle East, Africa, Asia, Europe, and now Washington, D.C.  She looks beyond the headlines and provides valuable insights on the top stories making news right now — the challenges facing the President and Congress, the outlook for the next major U.S. election, global economic news, world trouble spots, diplomatic dustups, terrorism, and more.   Additionally, the challenges of juggling a demanding career and a family with four children led her to speak and write on two topics that strongly resonate with women: confidence and something she calls “Womenonics.”

Katty Kay is co-author (with Claire Shipman) of two New York Times bestsellers.  Her latest, The Confidence Code: The Science and Art of Self-Assurance—What Women Should Know, inspires women to understand that confidence – the lynchpin of success – is a choice.  She shows ways to break out of comfort zones and take risks that pay off.  In her first book, Womenomics: Write Your Own Rules for Success, she examined the workplace revolution and inspired women to take control, dream big and discover a different way of weaving work into their lives – and in the process create more profitable companies with happier and more productive employees.

Katty studied modern languages at Oxford from where she went on to work for a brief period with the Bank of England.  She speaks fluent French and Italian and also what she describes as ‘rusty Japanese’.  Katty is married to Tom Carver, a strategic risk consultant.  They live in Washington, D.C. with their four children. 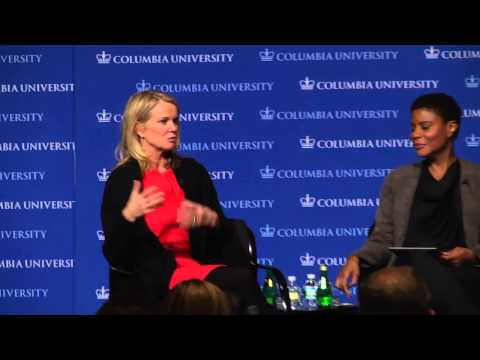 A Discussion with Claire Shipman and Katty Kay

Confidence is a Choice