Kate White is an internationally known expert on leadership and success and a New York Times best-selling author of several influential books on work and careers, including, most recently, “I Shouldn’t Be Telling You This: How to Ask for the Money, Snag the Promotion and Create the Career You Deserve,” and “Why Good Girls Don’t Get Ahead But Gutsy Girls Do.” Her advice is based on her extraordinary career running five major magazines. For 14 years she was the Editor-in-Chief of Cosmopolitan, which was the best-selling monthly magazine on the newsstand during her tenure and was published in 64 countries.

White is the winner of the Matrix Award for Outstanding Achievement in Communication, as well as the Woodhall Institute Award for Ethical Leadership. She speaks around the country and appears frequently on TV, including the Today Show. White has many years of experience speaking on success, leadership, women in business, and career issues. She has given over a hundred speeches to a variety of groups, including the Massachusetts Women’s Conference, the Harvard Undergraduate Women in Business Conference, George Washington University Women in Business, Henri Bendel Co., and Thrillerfest.

Kate White’s career in the magazine business began when she won Glamour magazine’s Top Ten College Women contest and appeared on the cover. She earned a position at the magazine and quickly rose from editorial assistant to feature writer and columnist. After holding major jobs at several other magazines, she was tapped to be an editor-in-chief, first for Child Magazine and then later Working Woman and Redbook. She took the helm at Cosmopolitan in 1998. Under her leadership at Cosmo, guaranteed circulation grew by 700,000. She also oversaw Cosmo Books, Cosmopolitan.com, many digital projects, and the Cosmo fashion line introduced at J.C. Penney.

In addition to writing non-fiction, White is the author of the New York Times best-selling Bailey Weggins mystery series (including “If Looks Could Kill” (2002)– which was selected as Live with Regis and Kelly’s first Reading With Ripa book-club pick and shot to #1 on Amazon) and two stand-alone thrillers, Hush and The Sixes. Her books have been published in 20 languages. 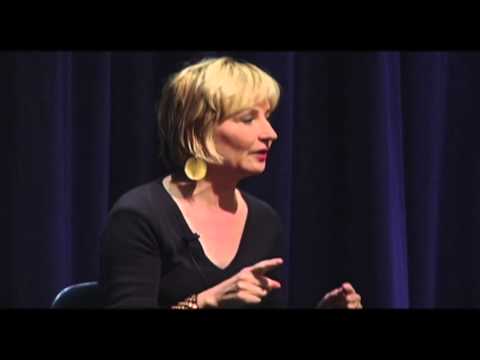 MEDIA CITY Presents: Kate White Shares Her Secrets of Having It All