Karen Darke has the philosophy that to have the most impact in life we should challenge our constraints, adopt a positive mindset and support each other to be the best we can be.

Somewhat an expert in overcoming challenges, Karen finds much of her inspiration through outdoor adventure. She was a keen runner and mountaineer before becoming paralysed in a rock-climbing accident, and has since pursued alternative ways to access the outdoors – canoeing, sit-skiing and hand-cycling. She has hand-cycled in various corners of the world, including Central Asia and the Himalaya, the Karakoram and the length of the Japanese archipelago. Karen has co-organised expeditions sea kayaking along the coastlines of British Columbia and Alaska, skiing across the Greenland icecap, climbing the kilometre-high vertical rock-face of El Capitan, and kayaking through the fjords of Patagonia.

As a coach and facilitator, author and speaker, Karen works regularly with young people, schools, businesses and other organisations particularly on the subject of challenge and change. She is currently a full-time athlete with the British Paracycling Team, won a silver medal in the London 2012 Paralympics, was World Paratriathlon Champion in 2012 and silver medallist in 2013, and in 2014 completed an Ironman distance triathlon, the backdrop to the film ‘IMPOSSIBLE’. In Rio 2016, Karen was proud to become Paralympic Champion – a journey of setbacks and a project of belief and the special things that can happen with the coming together of people.

Karen Darke continues to train with the British Cycling Team whilst working on her current project, Quest 79, riding the 7 continents and linked with the Spinal Injuries Association. “What is life if it isn’t an adventure? I’m constantly amazed by what can be achieved if we set our heart and mind to it. It’s all about finding belief, confidence, motivation and commitment. And of course, friends. Then there are no limits.”

Her first book “If You Fall” tells the story of her accident, adapting to being paralysed, and some early adventures.  The second, “Boundless” is about her adventures in Greenland and climbing El Capitan.

‘Karen’s captivating story shines a bright light on the meaning of challenge, and on the limitless capabilities of the human spirit.’
Sir Ranulph Fiennes, polar explorer

Karen has an MBE, a PhD in Geology and an MA in Development Training. In 2013 she was awarded honorary doctorates from The University of Aberdeen, Leeds, Cumbria and  Sheffield Hallam University, in recognition of her accomplishments and contributions in adventure and sport. 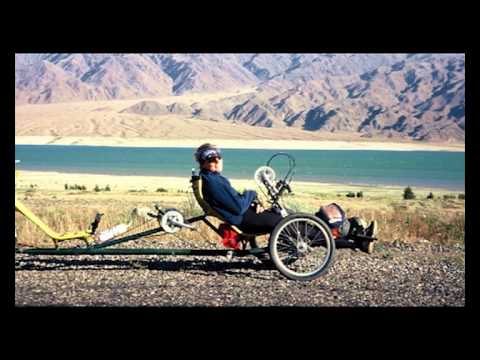 Karen's captivating story shines a bright light on the meaning of challenge, and on the limitless capabilities of the human spirit.
Sir Ranulph Fiennes