Julian Fellowes is an English actor, novelist, film director and oscar-winning screenwriter, as well as a Conservative member of the House of Lords.

His first novel, “Snobs” (2004), was published with great critical acclaim. His second, “Past Imperfect” (2009), was a Richard and Judy Summer Pick before being published Stateside in September.

After going to drama school, he appeared in more than 40 movies and TV shows. Feeling in need of a Plan B, Julian turned to writing and worked for a while for BBC TV, where he adapted Little Lord Fauntleroy and The Prince and the Pauper for the small screen. Subsequently he wrote a screenplay for Anthony Trollope’s The Eustace Diamonds, which caught the eye of producer Bob Balaban, who was looking for a British society insider to write a screenplay for a murder mystery. And so Gosford Park was born.

In addition to Gosford Park, Julian wrote the screenplay for Mira Nairs’ Vanity Fair and the book for the London and Broadway productions of Mary Poppins. He also wrote and directed Separate Lies, which he described in 2005 as a French film in English, about middle-class people being unhappily married, which will doubtless be steamrollered in the Big, Bad World, but I love it and I loved making it, so I have no sad tales to tell.

In 2006 and 2007, Julian was the host of the BBC TV panel game show Never Mind the Full Stops. He wrote the screenplay for The Young Victoria, which opened in in the U.S. in December 2009. He is most recently known for writing the screenplay for The Tourist, starring Angelina Jolie and Johnny Depp, and also for creating the hugely successful and critically acclaimed period drama Downton Abbey for ITV1 in 2010. Premiering on the BBC and crossing the Atlantic to air on PBS’ “Masterpiece Theater,” the show earned massive acclaim as well as big ratings at home and aboard. “Downton” also earned numerous award nominations, including a whopping 16 Emmy Award nods in 2012, making it the most nominated non-U.S. show in Emmy history. 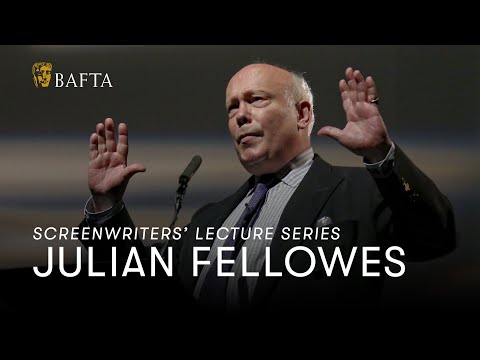 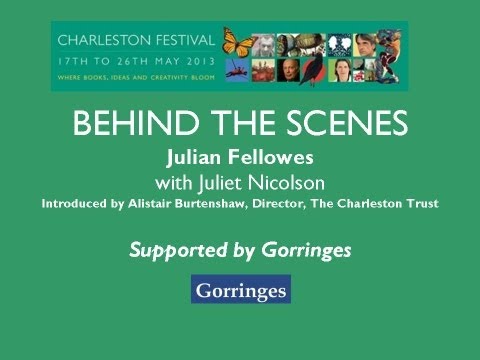 Behind the Scenes: Julian Fellowes (2013)