Josh Brewer is a digital designer living and working in San Francisco, California.

Josh is a vocal advocate for Design Leadership, writing and speaking about the challenges of building Design-led companies and products. As an active Advisor to several start-ups, a mentor at the Designer Fund, and part of the Kleiner, Perkins, Caulfield & Beyer Design Council, Josh continues to influence the centrality of Design in early and late-stage companies.

In addition to being co-creator of 52 Weeks Of UX, Josh most recently served as Principal Designer at Twitter where he led the design of key initiatives across the Twitter product, including the 2011 redesign, building and growing the Design organisation, and played a key role in strategic product decisions. During his time at Twitter the company grew from 250 to 2000 employees, the user base from ~50M to 230M, the Design team from 7 to 46. His unique perspective and experience are why, in 2012, Fast Company named him one of “fifty designers shaping the future of design.”

Prior to joining Twitter, Josh was Director of User Experience at Socialcast, an Enterprise social communication platform, which was acquired by VMware in 2011. In 2012, Fast Company named Josh one of “fifty designers shaping the future of design.”

Josh believes design is about relationships—at every level—and spends his time working to better understand and reinforce those connections. 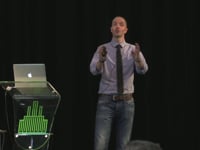 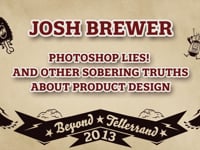 "Photoshop Lies! And Other Sobering Truths About Product Design" (2013) 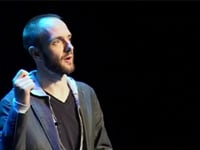 Design is about relationships (2011)

…I love creating and making things and have always straddled the line between visual communication and building. Making things that connect other people has been a theme throughout all the work I’ve done.