Major-General Jonathan Shaw is one of the most distinguished soldiers of his generation and a global authority on the impact of development and response in cyberspace. He has 32 years of experience in getting things done on operations, with an intimate knowledge of government, and of the development of policy and strategy at the highest levels, both nationally and globally.

Educated at Trinity College, Oxford, Jonathan was commissioned into the Parachute Regiment in 1981. He commanded the Multinational Division in Basra, Iraq in 2007 and was head of Counter Terrorism at the Ministry of Defence over 9/11 and Director of Special Forces.

Between 2009 and 2012, he was based at the Ministry of Defence in Whitehall as Assistant Chief of Defence Staff. His responsibilities included developing UK policy on cybersecurity; a role which gave Jonathan a unique global perspective on the risks posed to governments and businesses by cyber-attacks, and strong opinions on how to manage them. During this time, he became Head of International Security with specific responsibility for Pakistan/India, The Levant and Africa, including the Maghreb.

Jonathan uses his experience of extensive security, geopolitical, and strategic planning to achieve commercial success. His topics range from leadership, particularly to financial institutions, cybersecurity, organisational effectiveness to geo-politics. In 2013, he was invited by Sir Nick Hyntner to be the Military Advisor on Othello, and again in 2018, he reinvited to be the Military Adviser on ‘Julius Caesar’ at the Bridge Theatre.

Jonathan is a Fellow at Winchester College and from 2012-2019, he was Chairman of Airborne Forces Security Fund. 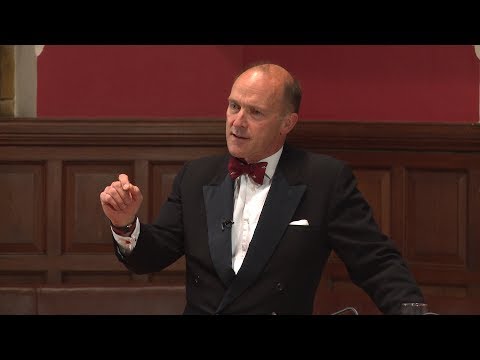 The Independent Online | Jan 2021 | Britain has a key role to play in de-escalating tensions between the US and Iran
The Independent Online | Jan 2020 | Qassem Soleimani Used Violence to Achieve Political Aims – but the World Will Miss him if his Judgement is Replaced by hot-headed emotion
The Spectator | Oct 2019 | The Changing Face of Pakistan
The Telegraph | Aug 2019 | Winning the Cyber War is not a job the Army can do alone
The Financial Times | July 2019 | Military action against Iran would be an act of strategic folly
The Telegraph | June 2019 | What Donald Trump really wants is a deal with Iran. Here's how he can get one
The Financial Times | May 2019 | War with Iran will be of America’s making
The Financial Times | Aug 2017 | Focusing on the military repeats campaign errors
The Guardian | Oct 2016 | Articles on Afghanistan (Sangin) and Iraq (Mosul)
London Review of Books | Dec 2015 | Bombing Our Way to Vienna
BBC Radio 4 | Sep 2014 | Today Interview

Britain in a Perilous World: The Strategic Defence and Security Review We Need (Haus Curiosities)

Interested in booking Jonathan Shaw to speak at an event? Please provide your details and we’ll get in touch within 24 hours.