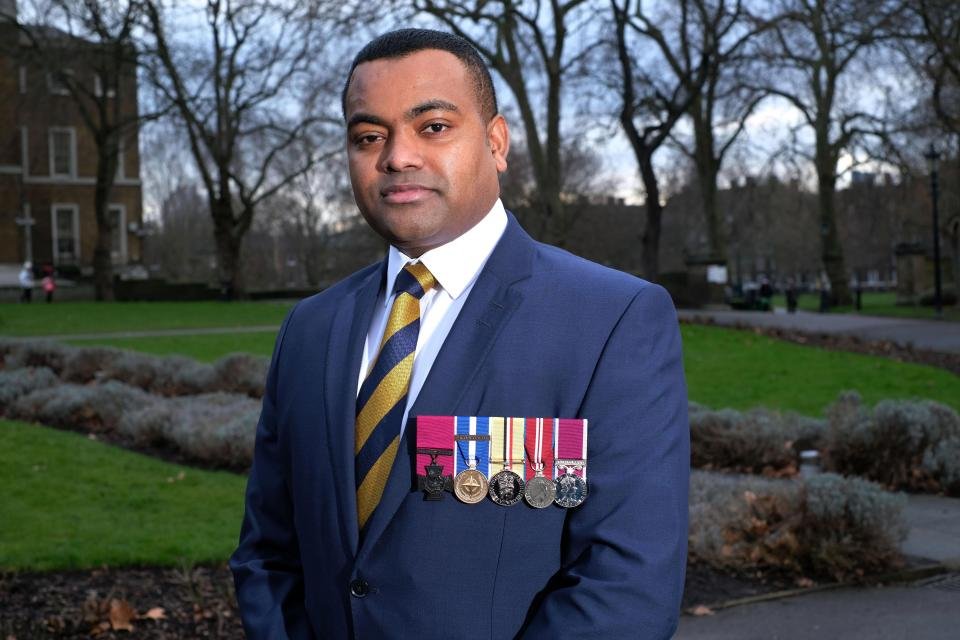 Lance Sergeant Johnson Beharry, of the 1st Battalion, Princess of Wales’s Royal Regiment, is the first living recipient of the Victoria Cross award (18 March 2005) in over 30 years. He received this award for carrying out two individual acts of heroism, saving the lives of his platoon from ambushes twice, on 1 May, 2004 and again on 11 June, 2004 in Al-Amarah, Iraq. He is also the founder of the JBVC Foundation; a charity that aims to provide role models and support to enable the youth to leave gangs.

Johnson Beharry is living proof of turning one’s life around. He moved to West London from Grenada, to start a new life but became involved with gangs. The Army, as he has stated, saved his life. In August 2001, he enrolled in The Princess of Wales’s Royal Regiment. During his time in Iraq, on May 1, 2004, whilst on duty in Al-Amarah, Iraq, Beharry was driving a Warrior tracked armoured vehicle. The vehicle was hit by multiple grenade rocket propelled grenades, causing seriously threatening casualties. The platoon commander, gunner, and number of soldiers were injured and the periscope optics were damaged, forcing Johnson Beharry to open the hatch to steer his vehicle, exposing his bare face and head. Heroically, he drove the Warrior through the ambush to safety, extracted his wounded comrades from the vehicle all whilst being completely exposed to enemy fire. He was cited on this occasion for “Valour of the highest order”.

On 11 June, 2004, Johnson Beharry was again driving a Warrior when they were ambushed and rocket-propelled grenade hit his vehicle, exploding six inches from his head. By driving backwards, he saved the lives of those in the vehicle. He received brain surgery after this incident and was still recovering in March 2005, from injuries to his brain and spine, when he was awarded the Victoria Cross. His heroic and courageous acts have rewarded him with the Victoria Cross, and since then he continues to share his courage and raw story that leaves his audiences in awe, admiration and inspired. It has made him vital for helping others in the British Armed Forces, and those who have the honour to attend his speeches.

Johnson Beharry continues to inspire his audiences today. He has been instrumental in aiding the Gardening Leave, a charity which aims to help veterans in the UK who suffer from the mental wounds they are left with and how they can have quiet contemplation in the undisturbed scenes of gardening. Since then, Johnson Beharry has also become a motivational speaker, sharing his own story of turning his life around, and spreading the values he had learnt from the military. His involvement with society today has been seen as he carried the torch for the London Olympics in 2012, and appeared in the semi-finals of ITV’s Dancing On Ice (2011).

His charity, the JBVC Foundation, works with 15-25 year olds, helping and enabling young people to leave the cycle of gang violence. The aim of the Foundation is to reach young people involved in gang culture and to empower them, redirecting them in an alternative direction and supporting them to become productive members within their community.

The full citation was published in a supplement to the London Gazette of 18 March 2005 and commented, “Private Beharry carried out two individual acts of great heroism by which he saved the lives of his comrades. Both were in direct face of the enemy, under intense fire, at great personal risk to himself (one leading to him sustaining very serious injuries)… Beharry displayed repeated extreme gallantry and unquestioned valour, despite intense direct attacks, personal injury and damage to his vehicle in the face of relentless enemy action.”

If you wish to book Johnson Beharry please contact us here. 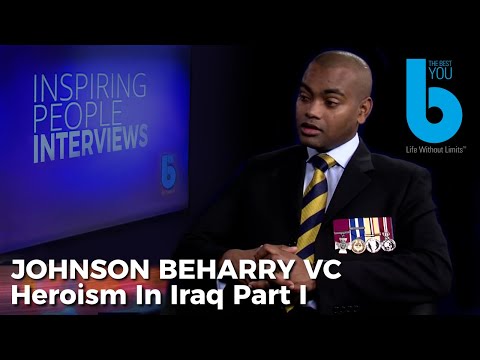 Interested in booking Johnson Beharry to speak at an event? Please provide your details and we’ll get in touch within 24 hours.