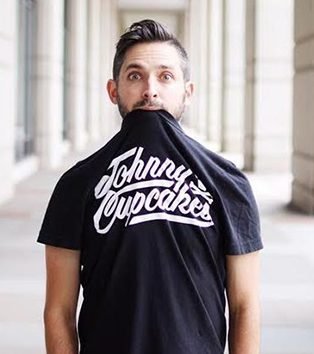 Johnny Earle is founder of clothing brand ‘Johnny Cupcakes’, which quickly established cult following. The brand uses cupcakes as its prominent design motif, often replacing iconic symbols. For example, the brand’s insignia is a skull and crossbones, with a cupcake silhouette replacing the skull. The brand’s line includes t-shirts, shorts, jumpers, jewellery and undergarments. It’s flagship shop is in Boston, along with its online shop, which ships worldwide.

In 2000, during his time working at Newbury Comics, Johnny Earle’s co-workers came up with various nicknames for him including, Johnny Appleseed, Johnny Pancakes, Johnny Coffeecakes and of course, Johnny Cupcakes. In 2001, while ordering screen-printed shirts for the band he played in, Johnny ran off a few shirts designed with the ‘Johnny Cupcakes’ nickname. Almost immediately, co-workers and store customers noticed the cupcakes-themed shirts whenever he wore them, and many inquired about how to purchase them. Realising the demand, he started selling the shirts from the trunk of his car to local friends and acquaintances. Soon, his designs had been exposed to new audiences and the brand began developing cult following. Johnny Cupcakes is now a multi-million dollar business and exists in four different retail locations.

Johnny Earle has been named America’s #1 young entrepreneur by BUSINESS WEEK, profiled in the NYTimes, NPR, MTV, Forbes, NEWSWEEK Magazine and the Boston Globe, and featured in INC Magazine as one of the world’s fastest growing independent businesses.

To enquire about Johnny Earle’s availability please contact us here. 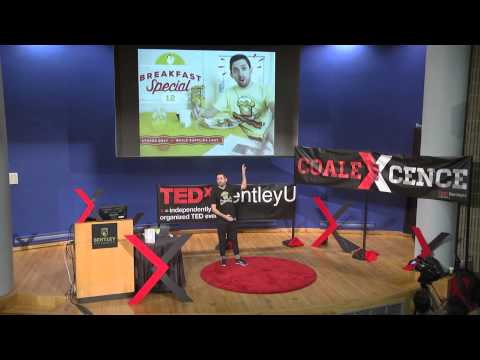