John Joseph is a musician, author and triathlete from New York City, most famous for his work as the lead singer of the Cro-Mags in the 1980s.  The incredible path that brought Joseph from a life on the streets to becoming a punk rock singer, Ironman triathlete, and plant-eater has made him a sought-after inspirational speaker about overcoming life’s obstacles as well as a fresh new voice in the food and nutrition arena.

John Joseph didn’t merely overcome adversity, he overcame a life of odds stacked higher than the Empire State Building: the loss of his family, serious addictions to crack cocaine and alcohol, a life of crime on the streets. Joseph’s shocking, compelling and riveting story of how he beat those odds and how audiences can beat their own odds has made him one of the freshest and original inspirational speakers.

Joseph also talks passionately about the plant-based lifestyle. At first glance, few people would associate the word “vegan” with Joseph. As a punk rock singer and Ironman triathlete, his tattoo-covered biceps don’t exactly scream “plant eater.” But it’s that very misconception that he rails against in his provocative and laugh-out-loud funny talks based on his book. As he sees it, eating the meat of animals is for the weak and animal protein doesn’t make you stronger, it makes you sicker. Joseph takes audiences on a fast and compelling ride through his evolution from a life of violence and hard-knock living to a man who chooses not to participate in the cycle of violence by eating animals. He dispels common myths surrounding meat, while sharing the latest information on the nutritional benefits of a plant-based diet and the dangers of eating meat and processed foods. Joseph also provides practical guidance about such everyday issues as meal planning, recipes, and working out. Joseph is like no other speaker on the topic of vegetarianism, veganism, and the plant-base lifestyle and has been a major influence in getting the worldwide punk-rock scene to eat healthy and exercise.

The son of an alcoholic prizefighter and an abused, drug addicted mother, Joseph was removed from his family at the age of five and spent his childhood in New York State’s worst foster homes and institutions. At age 14 he escaped to the crime-ridden streets of New York City, sleeping in burnt-out buildings, acting as a heroin drug-mule, a street dealer, and a hustler. He was shot, stabbed, and beaten (and returned the favor on many occasions). That journey led to 21 months behind bars in a juvenile correctional facility. He finally turned his life around with the Ironman Triathlon as a way to constantly challenge himself physically, mentally, and spiritually. First he made a switch to a spiritual lifestyle, finding punk rock music, adopting a plant-based diet, and training seriously in the martial arts.

Today John Joseph still tours as the lead singer with the world-famous Cro-Mags, the group which everyone from Metallica to Black Flag to Green Day credit as one of the most influential punk rock bands of all time. He spends time mentoring at-risk and incarcerated youths and adults, has adapted his memoir for the big screen, and is at work on several other film, TV, and book projects. 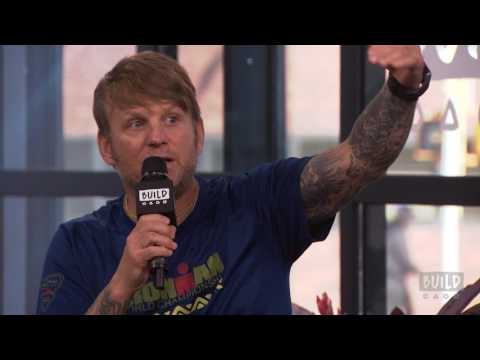 Interested in booking John Joseph to speak at an event? Please provide your details and we’ll get in touch within 24 hours.