He is a former federal Chief Executive Officer of the Christian Democratic Union party (CDU), where he was responsible for the party’s campaigns at the state, national and European level from 2004 to 2007. This included the national election in 2005, when the CDU came back to power after almost a decade.

Prior to this position, he was head of the German Chamber of Commerce and Industry, where he had also served in the past as head of the office of the President and assistant to the Chief Executive. From 2003 to 2004 he was Deputy Secretary General of the Konrad Adenauer Foundation.

Johannes is currently co-chairman of the Board of the Foundation for Polish-German Cooperation and has been in the past a member of the advisory board at numerous organisations and companies. He has lived in the US, where he was a Fulbright scholar at the University of Washington in the early ’80s, and holds a doctorate in political science and economics from the University of Saarland.

Book Johannes von Thadden as a keynote speaker, send us an email. 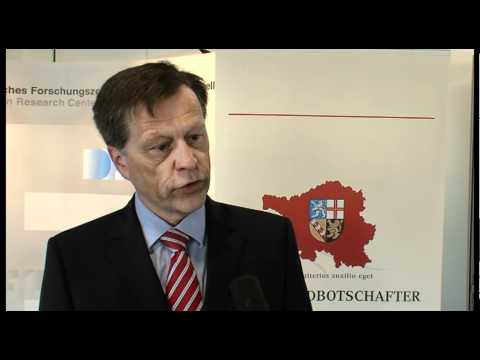 On the future of the aerospace industry (2012; in German)

Interested in booking Johannes von Thadden to speak at an event? Please provide your details and we’ll get in touch within 24 hours.