Joe Fraser is a highly decorated British artistic gymnast who has represented Great Britain at the Olympic Games and the World Championships. Fraser is a sought-after speaker for events focused on sports, fitness, and personal development. With his extensive experience competing at the highest levels of the sport, Fraser is able to offer valuable insights and lessons learned from his journey to the top.

Fraser was born on April 18, 1997, in Coventry, England. He began his gymnastics career at a young age and quickly showed promise as a talented athlete.

He made his international debut at the 2014 European Youth Olympic Festival, where he won a bronze medal in the all-around competition.

Fraser continued to impress at the national level, winning the all-around title at the British Championships in 2016 and 2018. He also represented Great Britain at the 2016 European Championships, where he finished fifth in the all-around competition and won a bronze medal on the pommel horse.

He is the 2022 European all-around and parallel bars champion, as well as the 2019 world champion on the parallel bars, making him the first British gymnast to ever win gold in any of these events. Fraser has also had success at the European Artistic Gymnastic Championships, where he has won team gold and silver, and individual bronze on the pommel horse. In addition to his accomplishments at the international level, Fraser has also won the all-around title at the British Championships.

Fraser was a member of the British team at the 2020 Summer Olympics in Tokyo, Japan, where the team finished in fourth place. Fraser also qualified for the individual all-around final and placed ninth in his debut Olympic appearance. He later competed in the 2022 Commonwealth Games, where he won three gold medals in the team, pommel horse, and parallel bars events, despite being hampered by an ankle injury sustained just two weeks before the Games.

Fraser is known for his engaging personality and love of entertaining audiences, and has a large following on social media platforms like Instagram and YouTube. In addition to his competitive career, he is also a sought-after speaker for events focused on sports, fitness, and personal development, sharing his inspiring story and valuable insights with audiences around the world. 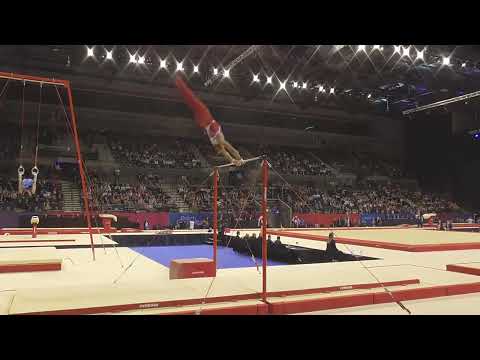