Joan Bakewell became a star in the 1960s when a programme called Late Night Line-Up appeared in the schedules of the fledgling BBC Two. With guests including Allen Ginsberg, Karlheinz Stockhausen, Marcel Duchamp and Magic Roundabout creator Serge Danot, the show dominated conversations in the arts world. At its centre was Bakewell, dubbed “the thinking man’s crumpet” by comedian Frank Muir. The epithet was meant as a joke, but it stuck – not least because the doe-eyed presenter was the epitome of 60s chic.

Born Joan Dawson Rowlands in 1933, she grew up on (appropriately enough) Bakewell Street in Stockport – under the shadow of the Blitz, rationing and her depressive, disciplinarian mother.”My mother’s major precept for child-rearing, which she shared with me when my own were small, was ‘you must first break a child’s will,'” she told The Independent in 2004. But her life changed when she was accepted by Cambridge University, where she studied Economics, then History, at the all-female Newnham college. Frivolity and boys were frowned upon, and she was sent to elocution lessons in an attempt to eradicate her northern accent. “I’d quite like to have been an academic,” she later admitted, “but left things too late”. Instead, she joined BBC Radio, where she “turned knobs” as an assistant studio manager. “I did it badly and was discouraged,” she admitted in 1998. “So I left and went into advertising, where I learned to put a few words together quite persuasively.” In 1955, she married Michael Bakewell, one of her contemporaries at Cambridge and, with the arrival of her children, retired from advertising to seek freelance work. Joan Bakewell’s delight at being honoured “I got the Radio Times and wrote to every talks producer listed,” she said. “Half wrote back saying no, half said maybe and about three said come and see me.” As a result, Bakewell began appearing on programmes like Woman’s Hour, building up her profile until she got the call to join Late Night Line-Up. “From there on,” she told The Guardian, “I don’t think I was ever unemployed.”

Outside broadcasting, she acted as an associate fellow at her alma mater in the 1990s and served as Chairman of the British Film Institute from 2000 to 2002. 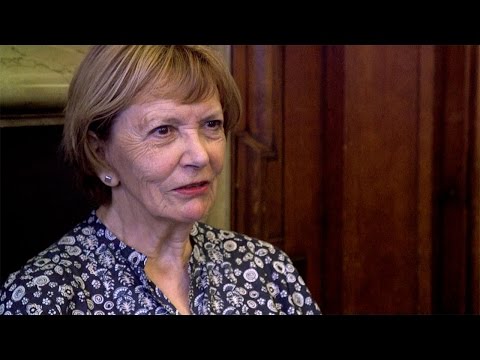