Jeremy Hunt is an authoritative speaker on geopolitics and healthcare. He speaks with enormous experience as one of the most high profile and successful politicians in recent British history, having served in senior Ministerial roles since 2010, under both Prime Minister’s David Cameron and Theresa May.

Hunt was the Minister for Culture, Olympics, Media and Sport, responsible for delivering the 2012 London Olympic Games, widely and internationally acclaimed as a resounding success.

Promoted to Secretary of State for Health in 2012, he held the post for six years – the longest ever serving Health Secretary, and is credited with far reaching reforms of the National Health Service. As an exceptionally hands-on Minister, he oversaw significant transformation and change within the NHS – the fifth largest employer in the world, and built his keystone policy of “Patient Safety”. He overcame significant challenges in transforming the NHS into a seven day a week organisation, underpinned by the requirement to increase patient safety and prevent unavoidable deaths.

Reappointed as Health Secretary with the additional responsibility of Social Care in 2018, Hunt was responsible for securing an extra £20 Billion of funding for the NHS, shortly before being appointed Secretary of State for Foreign and Commonwealth Affairs.

As Foreign Secretary, Hunt was at the forefront of steering the global approach to the UK’s international partners and allies, in the lead up to the UK’s departure from the European Union. He oversaw numerous complex foreign policy affairs, including the strengthening of the US-UK Special Relationship, navigating Britain’s policy in the Middle East and Iran, and forging closer ties with Commonwealth Countries.

In January 2020 Hunt was elected as Chair of the Health and Social Care Select Committee.

As the UK’s former representative on the world stage, Jeremy Hunt is uniquely placed to comment on Brexit, Globalisation and the World Order as well as the current political and economic climate in the UK. As former Secretary of State for Health, he has exceptional insight into the UK Government and wider global reaction to the 2020 COVID-19 Pandemic.

Having previously lived and worked as an entrepreneur in the Far East, Hunt is a fluent Japanese speaker.

Hunt is represented exclusively by Chartwell Speakers for his speaking engagements and topics include Geopolitics, Brexit & Healthcare. 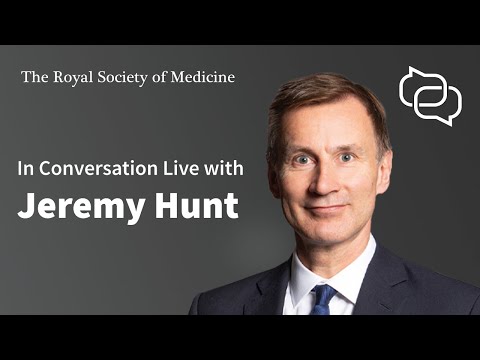 Interested in booking Jeremy Hunt to speak at an event? Please provide your details and we’ll get in touch within 24 hours.