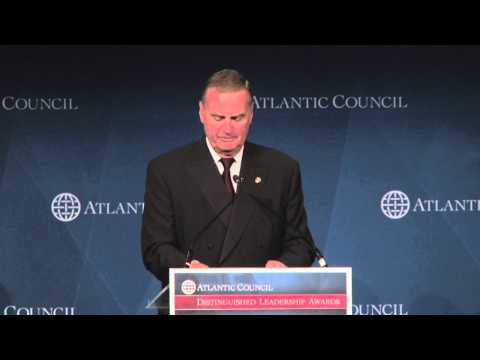 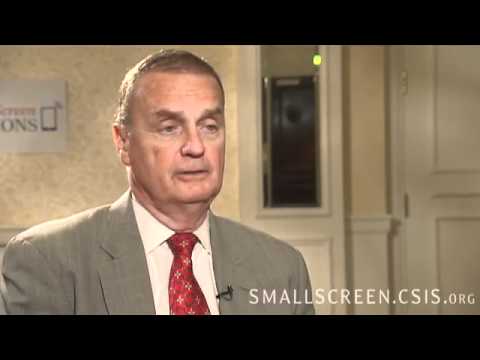 On the lack of leadership in the Middle East (2011)

General James Jones, former National Security Advisor to President Obama, is a leading authority on U.S. security and foreign policy. He has utilised his years of experience and expertise to form and lead Jones Group International in 2006, an advisory and consulting service to corporate and political entities.

As the former commander of U.S. European Command and Supreme Allied Commander Europe, he led all military operations for the North Atlantic Treaty Organization and later, as National Security Advisor for the U.S., he brought clear vision and steady leadership to America’s mission in Iraq, the war in Afghanistan, and the country’s interests around the world.

During his NATO assignment from 2003-06, he advocated energy security and the defence of critical infrastructures as a core part of NATO’s future missions. With the Chamber, General Jones worked to unite energy consumers and producers for a common goal – to increase the variety of the U.S. energy supply and associated infrastructures, to advance international cooperation on energy issues, to protect national energy security, and to promote better understanding of changes to the global climate and its effects on the environment.

Following his retirement from the Marine Corps in 2007, after 40 years of service, General Jones became President of the Institute for 21st Century Energy, an affiliate of the US Chamber of Commerce, and, in 2008, served as the State Department’s Special Envoy for Middle East Regional Security.

He has since had a successful career in the business world, serving on the Board of Directors of The Boeing Company (2007-08), Board of Directors of Cross Match Technologies, a privately held biometric solutions company (2007-09), and Board of Trustees of the Center for Strategic and International Studies (CSIS), a bipartisan think-tank (2007-08), among others. In 2012, General Jones joined Deloitte Consulting LLP as a senior adviser, working with Federal and commercial consulting clients within Deloitte’s Department of Defense and Intel segments.

Book James Jones as a keynote speaker, send us an email.