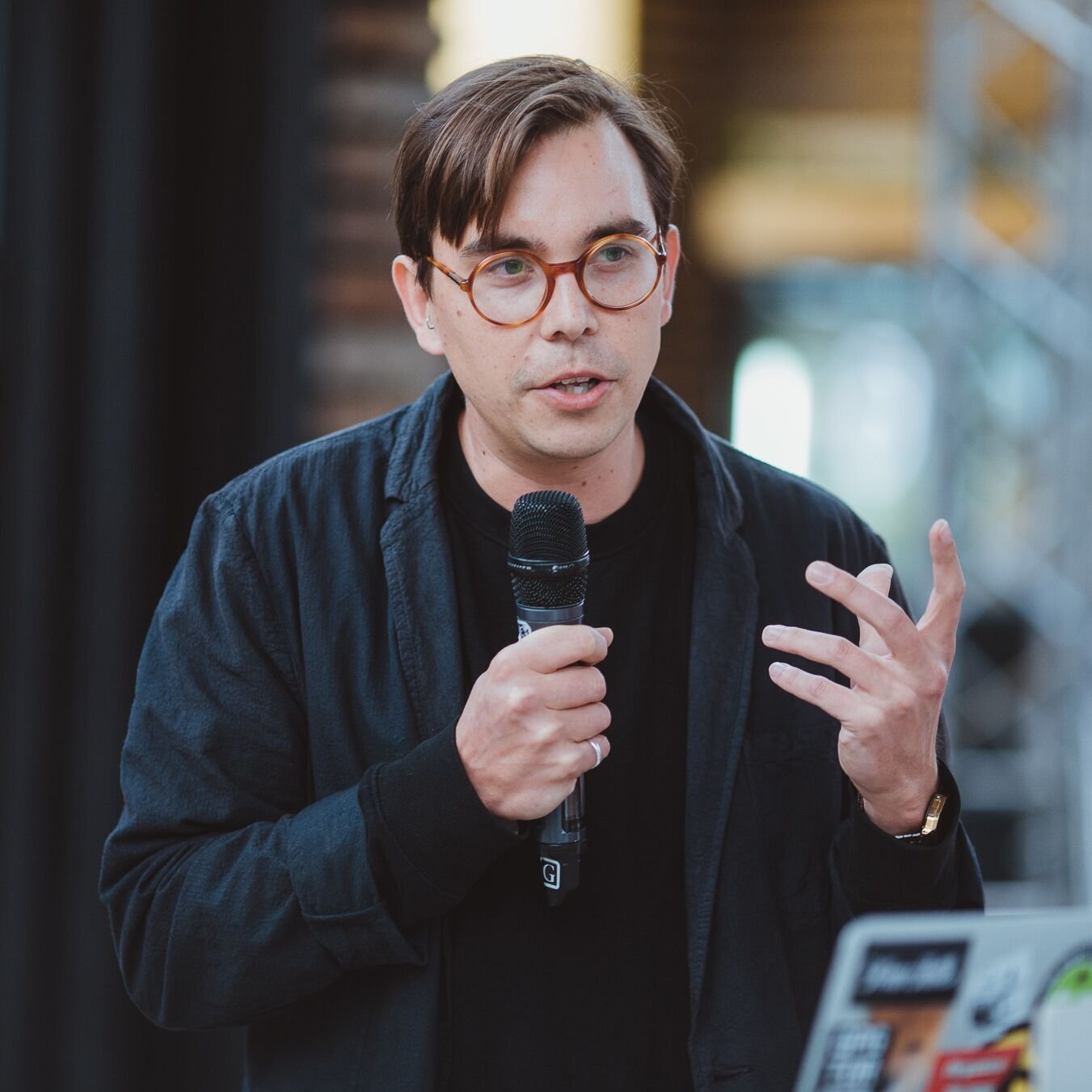 James Bridle is an artist and writer working across technologies and disciplines. His artworks have been commissioned by galleries and institutions and exhibited worldwide and on the internet. His writing on literature, culture, and networks has appeared in magazines and newspapers including Wired, the Atlantic, the New Statesman, the Guardian, and the Observer.

In 2018 his book, “New Dark Age”, which is about technology, knowledge and the end of the future was published, and he wrote and presented “New Ways of Seeing” for BBC Radio 4 in 2019.

He lectures regularly on radio, at conferences universities and other events. James has been a resident at Lighthouse, Brighton, the WHite BUilding, London, and SVA and Eyebeam, New York as well as being an Adjunct Professor on the Interactive Telecommunications Programme at New York University.

James Bridle holds a Master’s Degree in Computer Science and Cognitive Science from University College, London, and wrote my dissertation on creative applications of Artificial Intelligence.