Dr. Isher Judge Ahluwalia is a renowned Indian economist, with wide experience in the fields of economic growth, productivity, and urban planning and development. She is currently Chairperson on the Board of Governors for the Indian Council for Research on International Economic Relations (ICRIER), a leading think-tank based in New Delhi engaged in policy oriented research. Here, Dr. Ahluwalia is leading a major research and capacity building programme on the challenges of urbanisation in India.

Dr. Ahluwalia was Chairperson of the High Powered Expert Committee on Urban Infrastructure and Services during 2008-11, which submitted its Report to the Government of India in March 2011. She is a Member on the National Manufacturing Competitiveness Council and is on the Boards of a number of premier research institutes in India. Dr. Ahluwalia was Vice Chairperson of the Punjab State Planning Board from 2005 to 2007.

Dr. Ahluwalia is on the Board of Trustees of IWMI (International Water Management Institute), and was Chairperson, Board of Trustees of IFPRI (International Food Policy Research Institute), Washington D.C., from 2003 to 2006. She was a member of the Eminent Persons Group (EPG) on India-ASEAN (Association of South East Asian Nations), an association established by the respective governments during the period 2011-12. She was also a member of the EPG of the Asian Development Bank from 2006 to 2007, which submitted its report titled “Towards a New Asian Development Bank in a New Asia” to the President, ADB in 2007.

Dr. Ahluwalia has written a number of books, the latest being “Transforming Our Cities: Postcards of Change” (HarperCollins, 2014), and a co-edited volume titled “Urbanisation in India: Challenges, Opportunities and the Way Forward” (Sage India, 2014), which proposes critical reforms and policy interventions. She is also the co-editor of “India’s Economic Reforms and Development: Essays for Manmohan Singh” (OUP, 2013),which was an updated version of the original volume published in 1998.

She was awarded Padma Bhushan by the President of India in the year 2009 for her services in the field of education and literature. 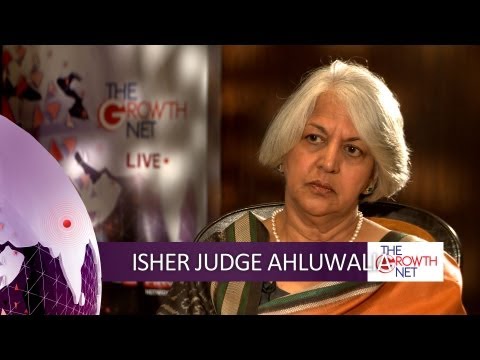 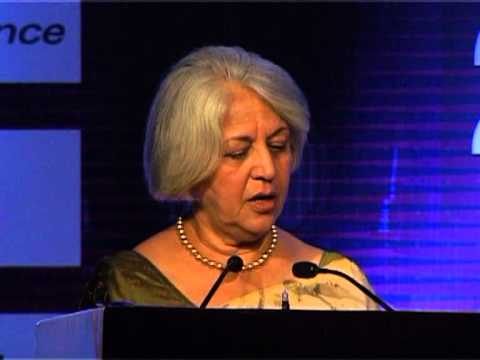 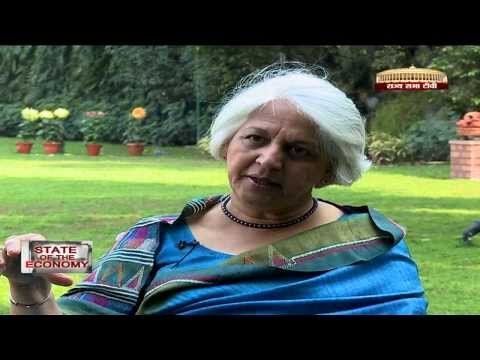