Dr. Huang Jing is the Professor and Director of the Centre on Asia and Globalisation at Lee Kuan Yew School of Public Policy. He is the author of “Factionalism in Chinese Communist Politics” (2000), which won the prestigious Masayoshi Ohira Memorial Prize, “Crises and Challenges in US-China Relations, 1989-93” (2003), and “Inseparable Separation: the Making of China’s Taiwan Policy” (2010). He has published numerous articles, book chapters, columns and op-eds on Chinese élite politics, China’s development strategy and foreign policy, US-China relations, the military and its political role, and security issues in the Asia-Pacific region.

Previously, Dr. Huang was a Senior Fellow at the John Thornton China Centre at the Brookings Institution. Here, he played a major role in initiating and organising the Trilateral (US-China-Japan) Track II Dialogues, as well as projects on Asian Regionalism, China’s Energy Security and Policy, and the US-India China Dialogue.

Dr. Huang serves as one of the three Senior Overseas Economic Analysts for the Xinhua News Agency. As part of this appointment, he advises China’s policymakers on major policy issues and development strategy.

Dr. Huang was a Shrenstein Fellow at Stanford University (2002-03), Director of the the Asia Studies Programme and associate professor of political science at Utah State University (1994-2004), and has also taught at Harvard University (1993, 1997-98). 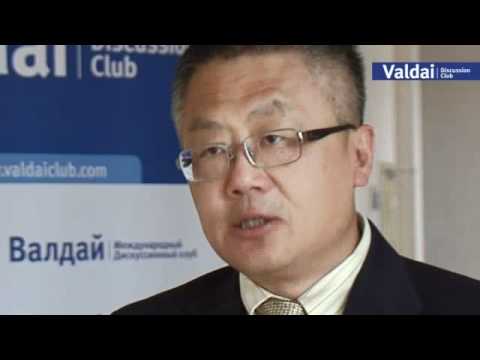 Russia's integration into APR will create a "win-win" situation (2012)