Hilary Mantel CBE is an award-winning English writer, whose work has ranged from personal memoir and short stories to historical fiction and essays. She is the author of 13 books, two of which were awarded the Man Booker Prize.

The winner of her first Booker Prize was entitled “Wolf Hall” (Fourth Estate, 2009), which focused on the fictional rise to power of Thomas Cromwell in the court of Henry VIII. This was followed by the sequel “Bring Up the Bodies” (Fourth Estate, 2012), which won Hilary an unprecedented second Booker Prize. The third instalment of the Thomas Cromwell trilogy, “The Mirror and the Light”, is due to be published in 2015.

Having lived in Botswana for five years, and Saudi Arabia for four, Hilary published her first novel in 1985 and returned to Britain a year later. In 1987 she was awarded the Shiva Naipaul Memorial Prize for travel writing, and became the film critic of the Spectator. Her fourth novel, “Fludd” (Fourth Estate, 1989), was awarded the Cheltenham Festival Prize, the Southern Arts Literature Prize, and the Winifred Holtby Prize. Her fifth novel, “A Place of Greater Safety” (Picador, 1992), won the Sunday Express Book of the Year Award, whilst “Beyond Black”, published in 2005, was shortlisted for the Orange Prize.

Book Hilary Mantel as a keynote speaker, send us an email. 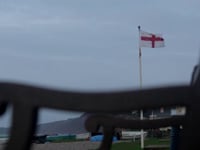 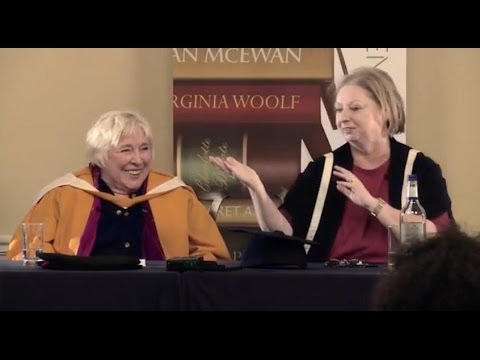 In conversation with Fay Weldon (2014)

Bring Up The Bodies by Hilary Mantel