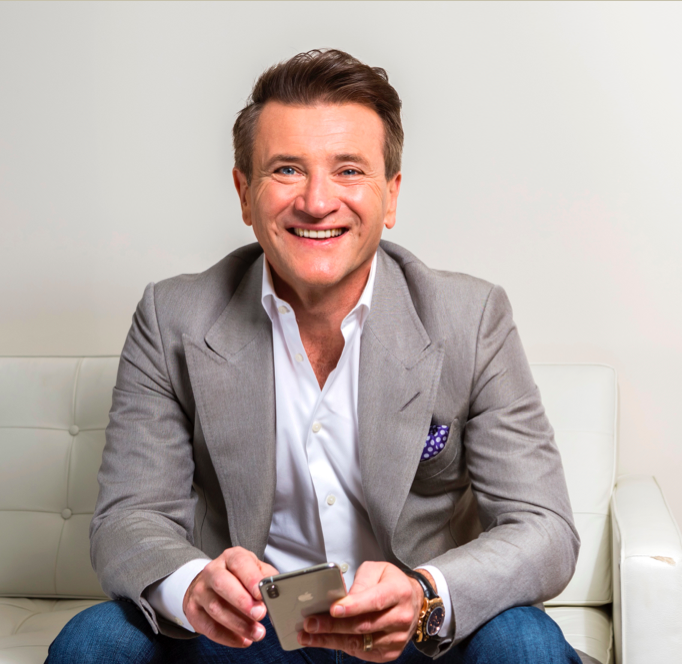 Robert Herjavec is a dynamic entrepreneur, tech leader and Shark on ABC’s Shark Tank. He is the founder and CEO of Herjavec Group, which quickly became one of North America’s fastest growing technology companies. Born in Eastern Europe, he arrived in North America on a boat with his parents after escaping communism in the former Yugoslavia.

The son of Croatian immigrants, Herjavec’s esteemed technology career was hard-earned. Under qualified for the first tech position he applied for, he negotiated the job by offering to work for free for six months; he waited tables to pay the bills and eventually moved up the ranks to become general manager. Robert has first-handedly experienced and witnessed the struggles of different jobs which have driven him to the fulfilment of a better life for himself and his family. In 1990, Robert launched BRAK Systems, a Canadian Integrator of Internet Security Software, from his basement and went on to sell it to AT&T for $30.2 Million (USD). In 2003, he founded Herjavec Group, a multi-national cybersecurity firm. Operating across the United States, United Kingdom and Canada, Herjavec Group manages the cyber security for some of the world’s largest enterprises.

Each speech delivered by Robert is customized, and tailored to fit the objectives and visions of his audiences. His fast, forward and focused approach to technology showcases the ever-evolving trends, rising cybersecurity threats that are faced on a daily basis both personally and professionally, are paired with his sales tips that took him from waiting tables to growing his nascent technology company into a world-class conglomerate. He shares life principles and his time on the award-winning hit show Shark Tank.

A two-time best selling author, Robert has written three books: You Don’t Have To Be A Shark: Creating Your Own Success, Will To Win: Leading, Competing, Succeeding, and Driven: How To Succeed in Business and Life. He is a frequent contributor to blog posts and has had successful past endorsements. Robert has worked with Inc & The UPS Store to showcase his entrepreneurial skills as a judge, US Cellular sharing his insights on how to enhance operations for the audience’s local businesses, co-hosted the TV Miniseries Deluxe, was a mentor for the campaign for Frito-Lay Variety Pack, and was brand ambassador for La Quinta By Wyndham and Ferrari California. His expertise on cybersecurity, business, leadership, management and entrepreneurship have led him to share his knowledge through speaking, his established social media platforms and ABC’s Shark Tank.

In my 30 years with the association I have never received the response I am getting today concerning Robert’s speech last evening. It is by far the most well received presentation in our history. Mr. Herjavec connected with the audience in a way that was “magical”. His personal story is powerful and inspiring and his delivery authentic and heart felt. Bravo!
Manufacturers & Business Association