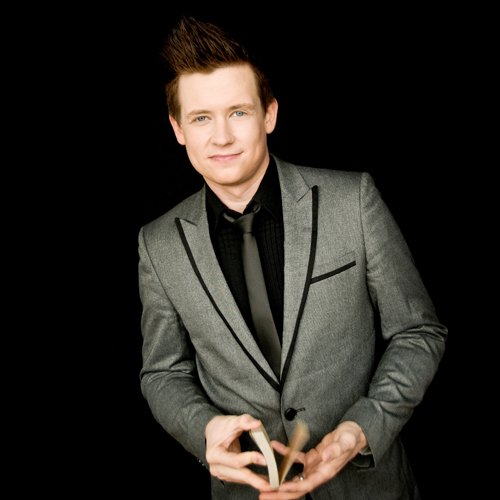 Harris “the Third” has spent the majority of his young life dazzling audiences. His classically trained performances have been featured on thousands of stages throughout the United States, and his magic-with-a-message has captured the spotlight in over 15 countries on 5 continents. With such a resume, it’s little wonder that ‘Harris III’ is becoming one of America’s most sought-after performers and event speakers.

“…Every moment of misdirection I create on stage has a purpose,” Harris explains. “Every illusion is intentionally tied together to enlighten, to inspire others to see the deception around them, to learn the truth about lies…and discover their own purpose.”

This rare brand of magic-with-a-message has raised theatre curtains around the world and opened doors in the most unlikely of places. He has graced stages at some of the largest events and conferences in the country, performing for teenagers at BigStuf camps, young girls on the Revolve Tour, married couples at Lifeway Marriage Conferences and Retreats, to arena-sized experiences like Women of Faith, and three separate, repeat appearances on the main stage at the Catalyst Conference.

Yet beyond Harris’ ability to amaze the curious with his sleight of hand, is his talent with words.  His knack for communicating “the evidence of things unseen,” often opens the eyes of his audience more than his visual misdirection.

“…We trust our senses…we live our lives by them,” Harris says, “But the art of illusion has taught me that things are not always what they seem.  Far too often our focus gets shifted to matters that ultimately don’t matter. We get misdirected from the Truth…”.

Whether he is doing a card trick in his man-on-the-street videos, swallowing fire on stage, collaborating on screenplays, or diving into an 85-gallon tank of water wearing a straightjacket, Harris III is fulfilling his purpose.  Through his misdirection, he is revealing the everyday deceptions that detour us from the Truth.  And with a masterful sleight of hand, he is opening eyes, ears, and hearts to the wonders around us…to matters that truly matter.

Though only in his twenties, Harris has been called upon by Elvis Presley Enterprises to create custom presentations for Graceland, asked to deliver creative messages at fundraising events at venues like the Southwest Airlines Corporate Headquarters, and has been hired to entertain and inspire the staffs and leadership of organizations like North Point Community Church, Focus on the Family, and the Southern Baptist Executive Committee.  His personal endorsements are equally impressive. The long list includes leadership guru, John Maxwell, financial expert and well-known radio host, Dave Ramsey, musical icons like, Leigh Nash, NewSong, Jimmy Needham, Sanctus Real, Mac Powell of Third Day, as well as hundreds of other leaders across the country. The Catalyst Conference added Harris to their prestigious and highly-respected Young Influencers List, naming him one of America’s most influential young people.