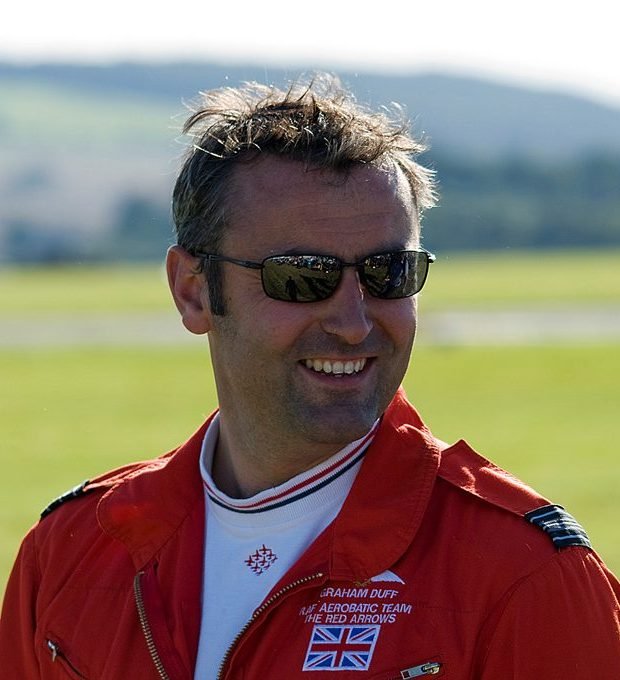 Graham Duff is a distinguished RAF pilot who has completed tours with the Red Arrows as a display pilot as well as deploying in Afghanistan with UK Special forces on the ground. His post-military work as a commodities broker and an entrepreneur make him an authority on the parallels between the battlefield and the boardroom. Missing the RAF, Graham re-joined in August this year.

Graham’s lifelong ambition was to become a pilot: at the age of 13 he signed up for the Air Training Corps, and then went on to study Aeronautical Engineering at Bristol University where he was a member of the University’s Air Squadron. In 1996, Graham joined the Royal Air Force as a trainee pilot.

After Officer Training, he qualified as a member of the Royal Air Force Mountain Rescue Team, where he worked for 18 months while waiting to begin flying training; during that time, he had his second visit to Nepal on an expedition.

Graham Duff graduated top of his class and went on to operationally fly the ground-attack Jaguar GR3A, a single seat fast jet fighter-bomber aircraft, and he gained extensive experience defending the No-Fly Zone in Northern Iraq. He also took part in exercises in the USA, Europe, and the Middle East.

Graham then completed a three-year tour – the maximum possible – with the Red Arrows in 2010, as a display pilot, before deploying to Afghanistan again with UK Special Forces for a 4-month ground tour.

Graham Duff has also climbed to the highest summits of Europe and Asia. In May 2011, Graham Duff reached the summit of Mount Everest, the two-and-a-half-month expedition was described by Graham Duff as an “epic experience”, despite losing two and a half stone in the process.

Graham Duff’s repertoire as a motivational speaker and after dinner speaker captivates audiences. His eloquence and passion for helping people overcome adversity and achieve peak performance are undeniable.

If you wish to book Graham please contact us here. 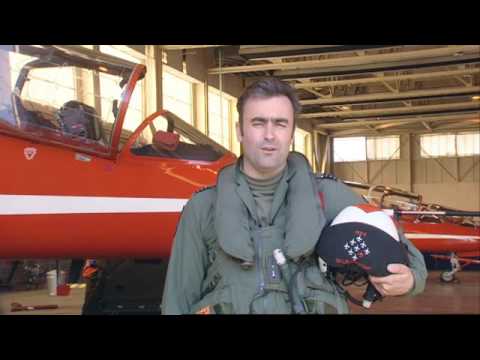