Gérard Houllier OBE is one of the world’s leading football managers with success at the highest levels of the sport. His illustrious career includes managing France, Paris Saint-Germain, RC Lens, Liverpool FC, Olympique Lyonnais and, most recently, Aston Villa.

Gérard secured the French title for Paris St. Germain in 1986 before entering the realms of international management. He became technical director of the French team as well as assistant to national team coach Michel Platini. He was then promoted to national team manager only for his reign to come to a premature end when France failed to qualify for the 1994 World Cup.

In 1998, Gérard took the reigns at Liverpool, guiding the team to a unique treble in 2001, still considered one of the finest moments in the club’s illustrious history. He most recently managed Aston Villa until the summer of 2011.

Gérard has been awarded the Légion d’honneur for his services to French football, and an honorary OBE for services to the British game. 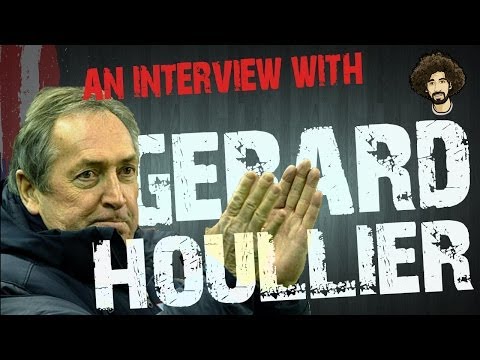 An Interview with Gérard Houllier (2013)