Gérard Araud is a distinguished senior diplomat who is known for his in-depth knowledge of international affairs, for his clear and forthright views and insights on the political economy, and for his reflections on working with world leaders in recent years.  He is present on social media and is a lively and engaging individual and speaker.

His views are informed by his long career in International Affairs at the most senior levels.  In addition to his recent experience in Washington, D.C. as French Ambassador and in New York with the UN, he has in depth knowledge on two key areas; the Middle East and on strategic & security issues.

He was the French negotiator on the Iranian nuclear issue from 2006 to 2009. In New York, at the Security Council, he notably contributed to the adoption of resolutions on Libya (#1970 and #1973), Côte d’Ivoire (#1975), the Democratic Republic of Congo, Mali and the Central African Republic, and participated in debates on the Syrian and Ukrainian crises.

He has written numerous journal articles on history, foreign policy and on the search for a new world order.   He is a contributor to the weekly French magazine ‘Le Point’ and is a trustee at the International Crisis Group.   His memoir about his life and career “Diplomatic Passport’ was published in October 2019 by French publisher, Grasset.    He is also the author of a new book on the life and career of Henry Kissinger.

Gérard is a Senior Advisor at ASG. He draws on a long career in diplomacy and international affairs to provide perspective and advice to the firm’s clients, with a focus on Europe and multilateral institutions such as the United Nations.  He is also a Distinguished Fellow at the Atlantic Council.

Geopolitics : Gérard has written and spoken extensively on foreign affairs for many years and is an acute analyst on a variety of geopolitical issues and situations in the world today.

Middle East : Gérard has been posted twice to Israel, the second time as French Ambassador. He was in charge of the Middle East desk at the French embassy in Washington and has been French negotiator on the nuclear Iranian deal

Europe : Gérard been in charge of EU and NATO affairs in Paris and has worked with all European countries. 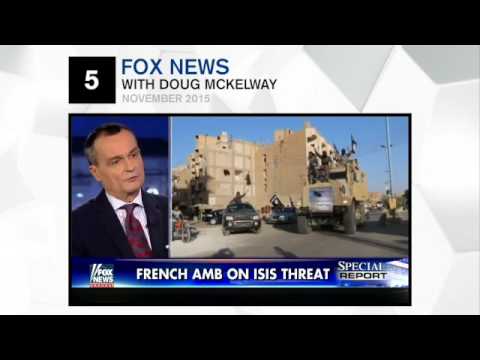 Gérard Araud's Media Comments while Ambassador to the US 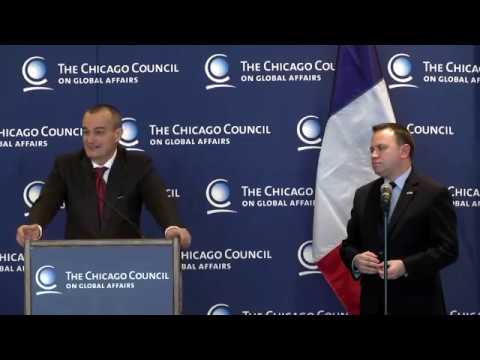 The Chicago Council on Global Affairs 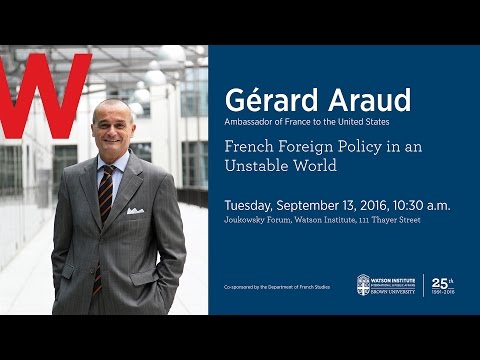 Atlantic Council - There is a better way to counter China in multilateral organizations: Lead with allies
Britain told it is losing influence in Washington
"Washington is a bit hysterical"
Whimsical, uninformed: French ambassador's parting verdict on Trump
The French Ambassador Is Retiring Today. Here’s What He Really Thinks About Washington.
Gérard Araud, the man who said "No"
Gérard Araud, l’ambassadeur pas toujours très diplomate

Henry Kissinger: The Diplomat of the Century

Interested in booking Gérard Araud to speak at an event? Please provide your details and we’ll get in touch within 24 hours.