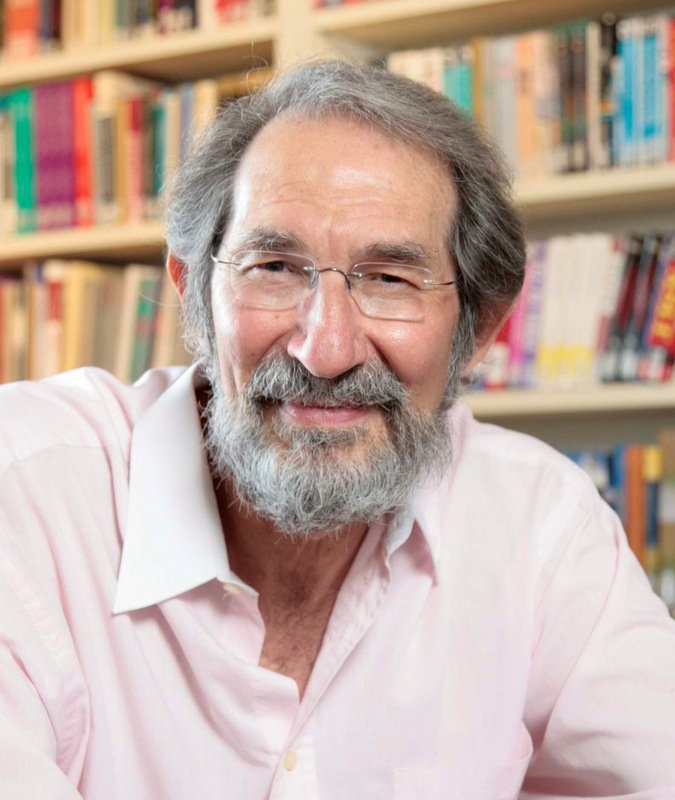 Geoff West is a theoretical physicist whose pioneering research aims to develop a quantitative “universal” theory to explain the structure and dynamics of cities, companies and social networks.

Through uncovering “simplicity underlying complexity”, he argues that we can develop a predictive “science of cities” and, beyond that, a “grand unified theory of sustainability” to help us overcome the critical challenges of increasing population and scarce resources.

Geoff is a Distinguished Professor and former President of the Santa Fe Institute (SFI). He is also an Associate Fellow of the Said Business School, Oxford University and a visiting Professor of Mathematics at Imperial College, London. Prior to joining SFI in 2003, he was leader and founder of the high energy physics group at Los Alamos National Laboratory, where he is presently one of only about a dozen Senior Fellows.

Among recent awards are the Mercer Prize from the Ecological Society of America, the Weldon Prize for Mathematical Biology and the Glenn Award for Aging research. The author of several books, Geoffrey West has also been featured in many publications world-wide including The New York Times, Nature, The Financial Times, and Wired, and has participated in television productions including Nova, the National Geographic and the BBC. His work on cities and companies was selected as a breakthrough idea of 2007 by Harvard Business Review.

Most recently he is the author of Scale: The Universal Laws of Growth, Innovation, Sustainability and the Pace of Life in Cities, Economies, and Companies, of which the New York Times declared:  “An enchanting intellectual odyssey…also a satisfying personal and professional memoir of a distinguished scientist whose life’s work came to be preoccupied with finding ways to break down traditional boundaries between disciplines to solve the long-term global challenges of sustainability…. Mr. West manages to deliver a lot of theory and history accessibly and entertainingly… Provocative and fascinating.”

TEDtalk: The surprising math of cities and corporations (2011)

Growth, Innovation, and the Accelerating Pace of Life (2012)