Investigative journalist Geoff White has covered technology for BBC News, Channel 4 News, The Sunday Times and many others. His exclusives reveal tech’s impact on our lives: the controversial police use of facial recognition; the failure of artificial intelligence therapy apps; hi-tech call centre scams that have cost victims their lives’ savings; and fraud in the internet dating industry.

‘Crime Dot Com’, his book on cybercrime was published in 2020.   He has written and presented two major podcast series for Audible. ‘Artificial Intelligence: Friend or Foe?’ reveals the origins of AI, and shows how the technology is seeping into everyday life.  ‘The Dark Web’ exposes the shadow internet created by the US military and now home to hackers, crooks and freedom fighters.

Geoff’s own podcast series ‘Cybercrime Investigations’ takes you inside the world of an investigative journalist, detailing the twists and turns as the story unfolds. His latest podcast, The Lazarus Heist, was number one in the UK Apple chart recently – a book about the heist is forthcoming.

An experienced speaker, he has given keynote talks at some of the largest tech events, in addition to hosting conferences and chairing panels at venues ranging from London’s Chatham House think-tank to the Latitude music festival.   He is also the co-creator of ‘The Secret Life of Your Mobile Phone’, a live, interactive phone hacking stage performance which shows how the global technology industry is harvesting the data leaking from your handset. The show was a sell–out hit at the Edinburgh Fringe Festival 2017, and has been performed at music festivals, political conferences and for corporate clients.

‘For Channel 4 News he created the ‘Data Baby’ project, a unique experiment which used a fictional online identity to expose how our personal data is being used – and abused – online. 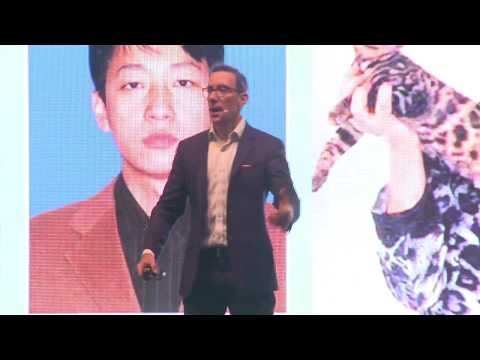 bluedot 2019 | Geoff White: How to Steal a Billion Dollars [Highlight]