Geoff Colvin is an award-winning thinker, author, broadcaster, and speaker on the most significant trends and issues impacting business and the economy. As Fortune magazine’s senior editor-at-large, Geoff has an insider’s perspective fueled by long-standing relationships with the world’s top leaders in business and government.  He knows what they’re seeing, thinking, and planning and reveals how they’re leading, making choices, and responding to today’s challenges in ways that others can learn from.

Now in his fourth decade at Fortune, Geoff Colvin’s breadth of experience is impressive.  He is one of business journalism’s sharpest and most respected commentators on leadership, management, globalization, regulation, corporate governance, competition, the economy, the InfoTech revolution, human performance and related issues. Geoff’s regular column and frequent cover stories in Fortune have earned him millions of loyal readers. His weekday Power Sheet newsletter, free through Fortune.com – provides a detailed look at how individual leaders are shaping today’s tumultuous world.

Geoff is also one of America’s preeminent business broadcasters. He is heard every day on the CBS Radio Network, where he has made over 10,000 broadcasts and reaches seven million listeners each week. He has appeared on Today, The O’Reilly Factor, Good Morning America, Squawk Box, CBS This Morning, ABC’s World News Tonight, CNN, PBS’s Nightly Business Report, and dozens of other programs. He served as anchor of Wall $treet Week with Fortune on PBS, and spoke each week to the largest audience reached by any business television program in America.

As a keynote speaker, Geoff has a knack for bringing clarity to the most important and complex issues impacting business and the economy.  He has spoken for scores of corporate and association conferences on six continents including dozens of high level Fortune conferences.  His speeches pull together timely insights and strategies and are tailored to deliver relevant insights that help leaders understand what the future holds.

Geoff is a respected author whose groundbreaking international bestseller, Talent Is Overrated: What Really Separates World-Class Performers from Everybody Else, has been published in a dozen languages. The Upside of the Downturn: Management Strategies for Difficult Times was named “Best Management Book of the Year” by Strategy + Business magazine. Geoff’s latest book (released August, 2015) is called Humans are Underrated: What High Achievers Know That Brilliant Machines Never Will.  It’s based on the idea in his wildly popular article in the 2014 Fortune 500 issue – “In The Future Will There Be Any Work Left for People to Do?”  It looks at the trend of technology displacing more jobs than it creates and the ways humans will create value for their organizations and their careers in the changing economy. The ideas he shares have profound implications for every business and industry.

A native of Vermillion, South Dakota, Geoff Colvin is an honors graduate of Harvard with a degree in economics and has an M.B.A. from New York University.

Finding Growth in a Challenging World (2012) 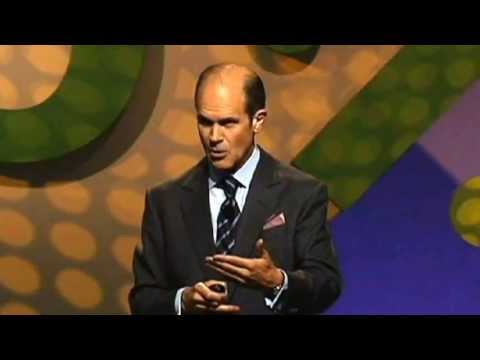 Interested in booking Geoff Colvin to speak at an event? Please provide your details and we’ll get in touch within 24 hours.