Gavin Hewitt is a British journalist and presenter, currently serving as BBC News’ first ever Chief Correspondent. Prior to this appointment, he was BBC News’ Europe Editor (2009-2014). As one of the BBC’s most distinguished television journalists, he is widely acclaimed for his breadth of knowledge and expertise.

Based in Brussels, Gavin has covered the tensions between the EU and the UK and the Eurozone crisis since 2009. His most recent book, “The Lost Continent” (Hodder Paperbacks, 2013), skilfully weaves together narratives of Europe’s corridors of power and the impact of policy on Europe’s ordinary people.

Previously, Gavin was presenter of the BBC’s flagship current affairs programme, Panorama. While working on the programme, he made the acclaimed film, Escape From Tiananmen, which broke the story of Operation Yellow Bird – the underground network used to smuggle student leaders and others out of China.

A seasoned reporter, Gavin covered the fall of the Berlin Wall, and conducted the first British television interview with Oliver North after the Iran Contra scandal. Having been the BBC’s Washington Correspondent on several occasions, he covered Barack Obama’s presidential campaign in 2008, broadcasting from Grant Park in Chicago when Obama was elected the first African American President of the United States.

Gavin has won a string of awards for his documentary and news reports, including an RTS, a BAFTA and a Broadcast award. He is known for his effortless interweaving of the stories of ordinary people with the high drama of European politics.

Covering the economic crisis and the EU bailout in Cyprus (2013) 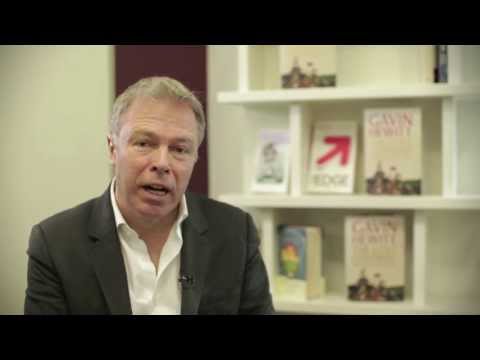 Interested in booking Gavin Hewitt to speak at an event? Please provide your details and we’ll get in touch within 24 hours.