Garth’s previous novel, “How Evan Broke His Head and Other Secrets” (Soho Press, 2005) won a Pacific Northwest Booksellers Association Award, and was a BookSense Pick in both hardcover and paperback. “Raven Stole the Moon” (Harper, 2010) was Garth’s first novel. He has also written a full-length play, Brother Jones, and produced a number of award-winning documentaries.

Garth is the co-founder of Seattle7Writers, a non-profit organisation comprised of 42 prominent Northwest authors dedicated to creating connections between readers, writers, booksellers, and librarians to foster and support a passion for the written word. 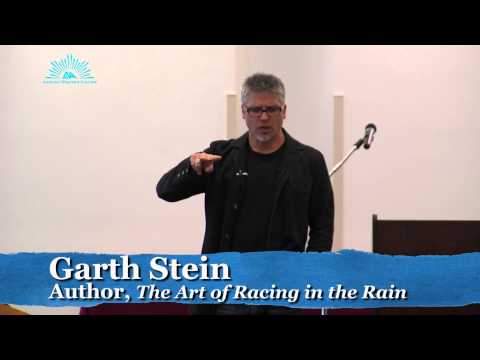 Interested in booking Garth Stein to speak at an event? Please provide your details and we’ll get in touch within 24 hours.