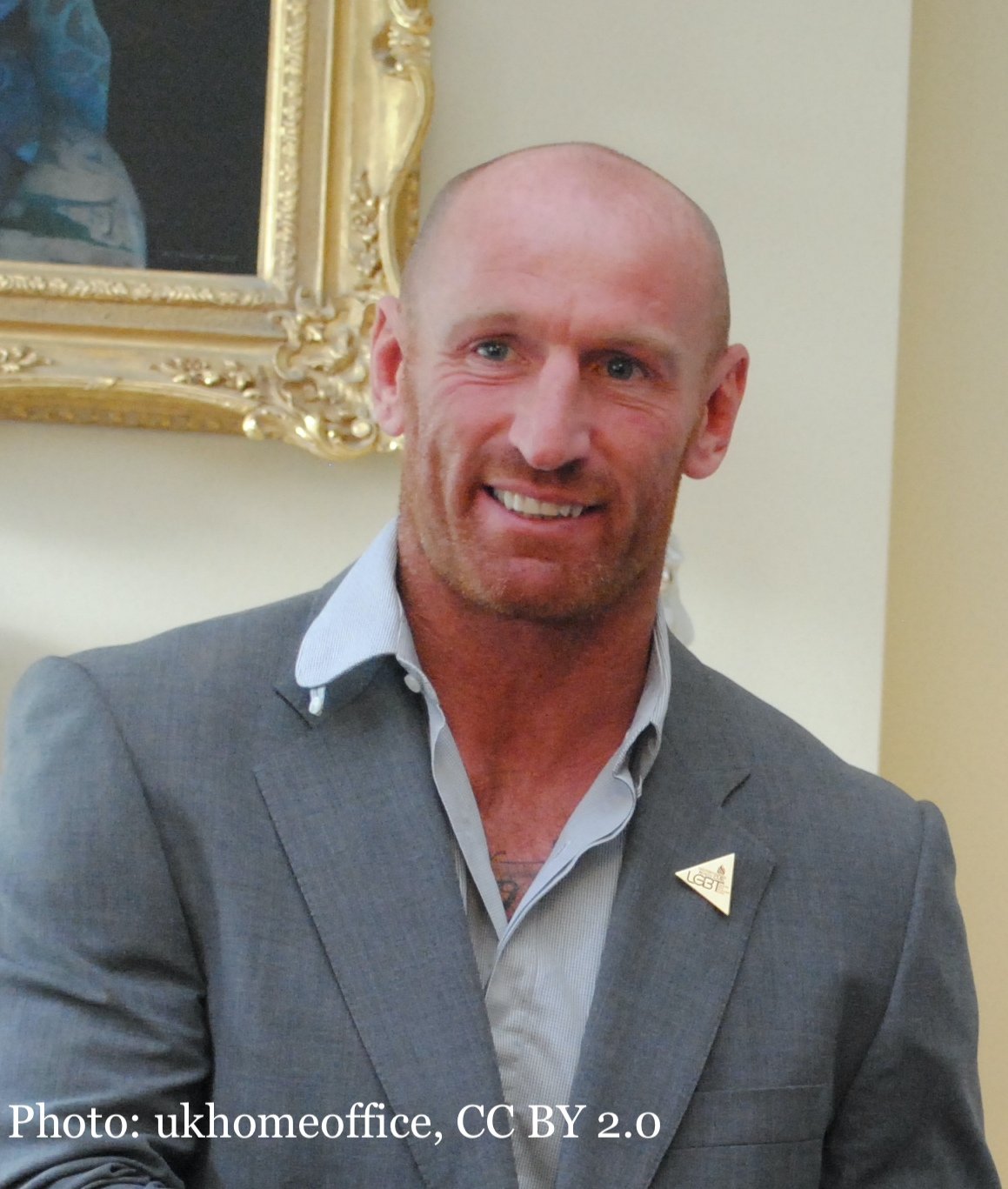 Gareth Thomas CBE is a widely celebrated international rugby star, former Welsh Rugby Captain and former British and Irish Lions Captain. He is an engaging speaker on his experiences as both an international sports star and his personal story of coming out, as a member of the LGBT community and on living with HIV.

Gareth’s impressive rugby career spanned over a decade, from 1995 to 2007, during which time he Captained both the Welsh team and the British and Irish Lions team, in addition to playing for club teams Cardiff Blues and Toulouse. He remains Wales’ most-capped player with 100 appearances, the country’s second-highest try scorer and is the 14th highest international try scorer.

Gareth Thomas is prominent figure within the LGBT community as one of the few openly gay men in professional sport. He came out publicly in 2009, and his brave decision has been an inspiration for many. Since then, he has worked hard to battle homophobia in sport, turning the spotlight to football, an industry he has spoken out against as still having significant issues with prejudice.

In 2019, Gareth announced that he was HIV positive, and has made it his mission to battle the stigma around the virus. He worked with Prince Harry on a documentary film entitled ‘Gareth Thomas: HIV and Me’, with the aim of raising awareness around the illness and to support others in a similar battle.

In Gareth’s book ‘Stronger’ (March 2021) he shares his story of overcoming adversity, from dealing with homophobia in sport to coming to terms with living with HIV. He explains how he turned his life around, and found strength and courage in his fear, and how this mindset has helped him to thrive.

He is a vocal supporter and campaigner for several charities, including HIV charities, ChildLine and the NSPCC. In 2020, in recognition of his services to health and sport, Gareth Thomas was awarded a CBE. Prior to this, he was named as the most influential LGBT in the Independent’s Pink List 2010 and Stonewall’s Hero of the Year 2010.

Interested in booking Gareth Thomas to speak at an event? Please provide your details and we’ll get in touch within 24 hours.