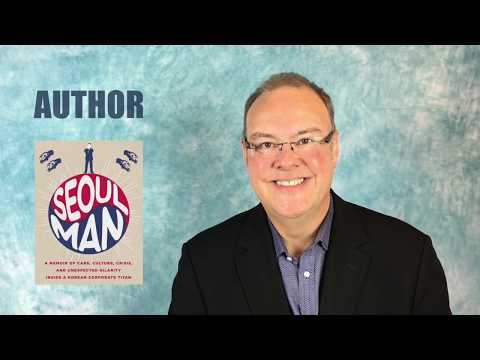 Merging the best attributes of Easter and Western Corporate Culture

Frank Ahrens is a leading expert on Korea, Asia, Autos and the East-West Culture Clash.

He is a career storyteller and communicator who spent 18 years as a journalist at “The Washington Post” and three years as the highest-ranking foreign executive at Hyundai Motor headquarters in Seoul. After his three years at Hyundai, he authored “Seoul Man: A Memoir of Cars, Culture, Crisis, and Unexpected Hilarity Inside a Korean Corporate Titan” (Harper Business), which was selected as a New York Post 2016 Book of the Year.

Frank Ahrens spent 18 years as a reporter and editor at The Washington Post, covering the media industry and economics, including the global financial crisis of 2008-10, and appeared frequently on CNBC, MSNBC, the BBC and other top TV and radio networks.

Mr. Ahrens is now a Washington D.C. communications consultant with BGR Group who works with a number of foreign clients and American clients working in foreign markets.

If you are a Western company entering Asia, or an Asian company trying to understand the American corporate culture, Frank Ahrens will use his experience to improve your performance.

He can anchor your event with a lively, compelling presentation on a range of topics from Trump-era Asia policy to the future of the great Korean brands to living in the shadow of a nuclear North Korea. Mr. Ahrens has spoken to universities, think-tanks and a presidential library.

He is the founder of a consultancy that teaches “Corporate Confucianism” — training Western and Eastern businesses to bridge the cultural and communications gaps that exist between them to foster trust and maximize profits.

If you are looking to do business in East Asia or improve relations with your East Asian business partner or stakeholder.

Frank Ahrens can do video presentations or fly-in seminars on navigating the minefield of Confucianism and the Asian business culture. Frank Ahrens’ experience is proven, due to having consulted with industry-leading companies.
He has a regular column in Forbes, focusing on the Asian auto industry. His writing has also appeared in Foreign Policy, The Washington Post and The Diplomat.
He is married with two daughters and has a Labrador named Chairman, who is from Korea.

“Frank Ahrens’ talk on ‘Corporate Confucianism’ — explaining and helping to solve the East-West corporate culture clash — was eye-opening for our team. The reaction to Frank’s engaging and entertaining presentation was overwhelmingly positive and left many team members eager to know more about Korean culture.”

If you wish to book Frank Ahrens, contact us here.