Erica Jong is a poet, novelist, essayist, and cultural icon best known for her ground-breaking novel “Fear of Flying.”(1973)  The internationally best-selling story of Isadora Wing coined a new phrase for a sex act and liberated a generation with a new way of thinking about gender, sexuality, and freedom in our society. 2013 marked the 40th anniversary of the book and Holt, the original publisher, reissued this seminal work with a new introduction by Jennifer Weiner. The anniversary edition was heralded with a cornucopia of press including a major New York Times article about the enduring significance of “Fear of Flying” and Jong’s rightful place in the literary canon. Her latest novel is “Fear of Dying,” was a critical hit in September, 2015.

Known for her commitment to women’s rights, authors’ rights, and free expression, Jong is a frequent keynote speaker and lecturer around the globe. She has spoken at International Women’s Day at the Royal Library in Copenhagen, THiNK India, the International Jewish Literature Festival in Rome, the Goteborg Book Festival, La Milanesiana in Milan, Italy, the Iowa Women’s Leadership Conference, San Miguel Writer’s Conference in Mexico, The Aspen Writers’ Foundation’s Summer and Winter Words, Skirball, and has given Master Classes at Barnard and Hunter Colleges in New York City.

“Fear of Flying” has sold 20 million copies in more than 40 languages. Her other best-selling books include “How to Save Your Own Life, Fanny: Being the True History of the Adventures of Fanny Hackabout-Jones,” (2006) “Parachutes & Kisses,” (2006) “Shylock’s Daughter” (or Serenissima..2003), Any Woman’s Blues, Inventing Memory, and “Sappho’s Leap.” (2003) Her mid-life memoir “Fear of Fifty” (2006) also became a major international best-seller. Her latest book is the anthology “Sugar in My Bowl: Real Women Write About Real Sex”  (2012), which she edited.

In addition to speaking about women’s rights and the status and future of women today, Jong has remarkable insights about sexuality in America. Her life and career has afforded her this keen perspective and she uses the multi-generational and multi-cultural backgrounds gleaned from editing “Sugar in My Bowl” as a jumping off point for this discussion. In this eye-opening and courageous collection by women about sex, Jong reveals that every woman has her own answer to the question of what women want out of sex.

Jong is also the author of seven award-winning collections of poetry, the most recent of which is “Love Comes First.” (2009) She is also the author of five non-fiction (memoir and reporting) books and regularly blogs for The Huffington Post. Her work has appeared all over the world in magazines, newspapers, and blogs.

Jong served as president of The Authors’ Guild from 1991 to 1993 and still serves on the Board. She established a program for young writers at her alma mater, Barnard College. The Erica Mann Jong Writing Center at Barnard teaches students the art of peer tutoring and editing. Columbia University (where she received her M.A. in 18th century literature) acquired her literary archive in 2008. 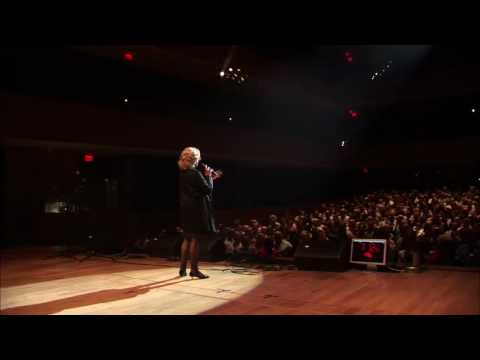