Elaine Welteroth is an American journalist and editor. In 2017, Welteroth was named editor-in-chief of Teen Vogue, making her the second African-American in Condé Nast‘s 107-year history to hold such a title. Her promotion to editor at age 29 makes her the youngest in Condé Nast history to become editor.

Her break in the media world came as an intern at Ebony magazine, where she moved up the ranks to become beauty editor between 2008 and 2011. After a stint at Glamour magazine, Welteroth joined Teen Vogue in 2012. When she became beauty director of Teen Vogue in 2012, Welteroth was the first African-American to serve in the role.

She is credited for the notable increase of Teen Vogue coverage of politics and social justice, encouraging readers to become civically engaged, specifically during the 2016 U.S. presidential election. Under Welteroth’s leadership of Teen Vogue’s shifting format, the magazine developed its first YouTube channel, featuring content on diverse subjects from campus style to cultural appropriation.
According to Condé Nast, subscriptions for Teen Vogue have increased 535% year-over-year. In 2016, Welteroth was named 47th in The Root’s list of 100 influential African-Americans. 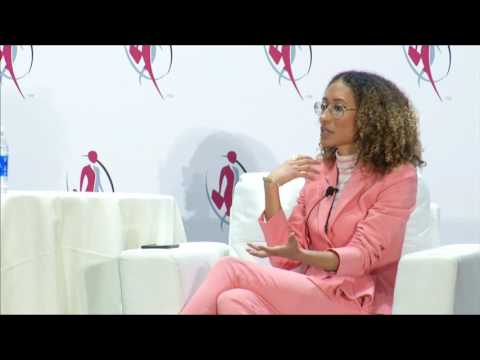 Interested in booking Elaine Welteroth to speak at an event? Please provide your details and we’ll get in touch within 24 hours.