Ed Newton-Rex, a musician and Cambridge University graduate with a double-starred First (2010), is the founder of Jukedeck, the pioneering artificially intelligent music composer. In 2019, it was acquired by TikTok, owned by China’s ByteDance.

As an established musician, Ed has incorporated his musical knowledge and experience as a chorister for King’s College choir, BBC Radio 3 broadcast from the Edington Festival and BBC Radio 1Xtra, into his pondering curiosity of how music with its mathematical basis and computers could be structured together. This led to the birth of Jukedeck. Ed taught himself to code and implemented AI, before it became conventional, leading Cambridge University to become the first ever investors. Jukedeck became an opportunity for non-musicians to create music and sounds for their own needs in videos, advertisements and other forms of media. This pivotal evolvement in music composition led to Jukedeck winning numerous awards, including a Cannes Innovation Lion. Additionally, it has been named one of WIRED’s ‘Hottest European Startups’.

In 2015, Ed and his close-knit team launched their first website that provided this machine-learning musical composer, and has received over a million compositions. Jukedeck as a software, allows its users to create royalty-free compositions to be used for public videos, like YouTube, and even commercial use. Jukedeck offers insight in both the creation of melodies and the experience, offering a peek into the future we are quickly progressing into.

This proactive vision into AI, alongside Ed’s leading personality, has offered us insight into the revolutionary transformation of melodies, which takes a human composer hours to create – but less than a minute for a machine learning software. His innovative and sharp mind have led him to be popular keynote speaker and panel expert.

Named as one of Business Insider’s 30 ‘most creative people in the UK Tech’, he has made numerous media appearances discussing how creativity can be broadened with the use of AI. He has appeared on numerous occasions on TEDx, BBC and Slush with published articles in The Independent, The Spectator, Axios and Medium which are available to view on this link. With the rapid advancement of machine learning and the discourse of AI, Ed is a popular and knowledgeable speaker on this uprising topic, offering both insight and experience. 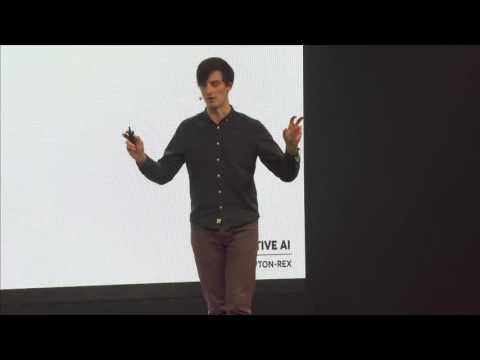 Ed is a very talented and inspiring speaker. He can explain complex concepts in easily understandable terms, and engages his audience. His summary of music history and technology paired with his experience in entrepreneurship was particularly impressive for our guests at the Sonophilia Spark in Frankfurt
Seda Röder Founder, Sonophilia