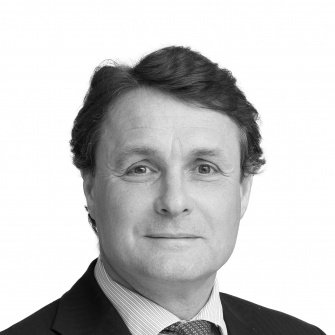 Ed Butler has a unique set of skills and experiences having spent 35 years in the geopolitical, intelligence, counter terrorist, risk control, reinsurance and security arena. Since 2008, he has worked in the commercial risk consultancy space, helping to build 2 entrepreneurial businesses; he now leads the research team in the largest terrorism reinsurance company in Lloyds of London.  He is also a senior advisor to the board of EDF Energy which manages all of the UK’s nuclear power stations.  He has a long track record of delivering results, both commercially and in the military, in extremely challenging environments.

Very few leaders have the same experience as Butler in dealing with high risk / high return operations, where making the right decision at the right time, with the right resources, really matters. He knows from hard won experience that defining success (and failure) at the outcome, underpinned with a clear and deliverable strategy, is key to winning. Throughout his military and commercial career he has been fascinated by risk and how to identify, manage and optimise both threats and opportunities.

By drawing on his extensive experiences and knowledge of geopolitics, the security and intelligence arena, managing crises, terrorism, dealing with uncertainty and all types of risk, Butler is able to help leaders and managers cope with the multitude of challenges that face decision makers in these unprecedented times.

Butler left the British Army, after 24 years’ service. He spent the majority of his time on active service with UK Special Forces.  He achieved high acclaim as the Commander of British Forces during the break-in battle into Southern Afghanistan in 2006, having previously commanded 22 SAS during the period over 9/11. He left as one of the youngest and most respected Brigadier Generals of his generation. Since hanging up his uniform he has and continues to advise FTSE 100 companies, international corporates, family offices as well as governments on how to operate successfully and securely in difficult jurisdictions.

Butler has an Honours degree in Politics and International Relations, from Exeter University and a Masters’ degree in Military Technology and Defence Studies from Cranfield. He was awarded the MBE in 1997, the Distinguished Service Order (DSO) in 2002 and appointed CBE in 2006; he has also been mentioned in Despatches and twice received the Queen’s Commendation for Valuable Service.

Interested in booking Ed Butler to speak at an event? Please provide your details and we’ll get in touch within 24 hours.