Donna Brazile is a veteran Democratic political strategist and consultant. She is Vice Chair of Voter Registration and Participation at the Democratic National Committee, and the former chair of the DNC’s Voting Rights Institute. In addition to this, she is the founder and managing director of Brazile & Associates LLC, a general consulting, grassroots advocacy, and training firm based in Washington, DC.

Ms. Brazile has devoted her life to working for progressive change, responsible governance, and the advancement of all people in a society that is fair and equitable.  Brazile first got involved in politics at the age of nine when she worked to elect a City Council candidate who had promised to build a playground in her neighborhood; the candidate won, the playground was built, and a lifelong passion for political progress was ignited

Author of the best-selling memoir “Cooking with Grease: Stirring the Pots in American Politics” (2004), Donna worked on every presidential campaign from 1976 through to 2000, when she served as campaign manager for former Vice President Al Gore, becoming the first African-American woman to manage a presidential campaign.

Her most recent book, “Hacks: The Inside Story of the Break-Ins and Breakdowns That Put Donald Trump in the White House” (2017) was a New York Times bestseller.

Donna is also an adjunct professor at Georgetown University, a syndicated newspaper columnist for United Media, a columnist for Ms. Magazine, and an on-air contributor to CNN and ABC, where she regularly appears on This Week with Christiane Amanpour.

In addition, she was named among the “100 Most Powerful Women” by Washingtonian magazine, “Top 50 Women in America” by Essence magazine, and received the Congressional Black Caucus Foundation’s highest award for political achievement.

A former member of the board of directors of the Louisiana Recovery Authority, responsible for leading the state’s rebuilding process in the aftermath of two catastrophic hurricanes, Donna is the recipient of honorary doctorate degrees from Louisiana State University and Xavier University of Louisiana.

Keynote at the WCTF Conference (2013) 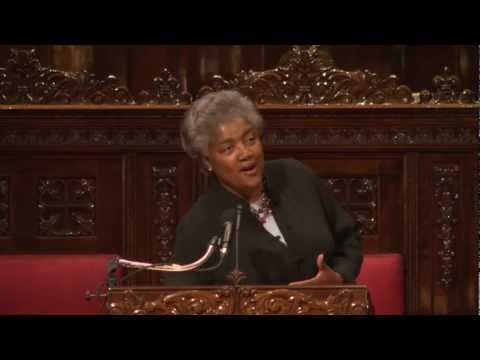 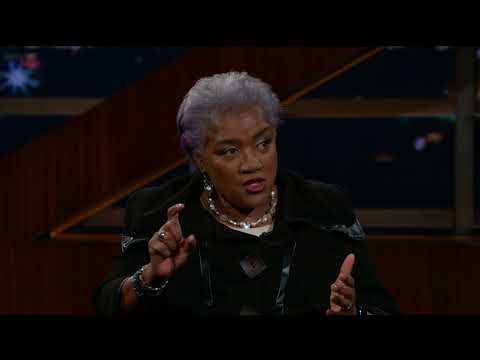