Dhairya Dand is an award-winning engineer, researcher and artist. His work investigates the human body as a medium for computation, new materials as a tool to embody interactions, and design as a vehicle for mindfulness. His work is based on the belief that human well-being in an increasingly computational world can be achieved at the intersection of thoughtful design, innovative engineering and radical paradigms.

Dhairya Dand’s inventions range from sensorial interfaces, smart devices, display technologies, social systems, prosthesis, bi-based architecture, educational toys, and emotional robots. His designs can be described as quirky, funny and provocative. They include, shoe insoles that tickle the wearer across a given city, a hair device that allows the wearer to program their hairstyle, and alcohol aware ice-cubes that know how much the person is drinking. In addition, Dhairya Dand has worked on several accessibility related inventions for emotional communication, autism and motor impairment.

His work has been exhibited at various places around the world including the V&A, MIT Museum and Singapore Arts House. Additionally, Dhairya Dand was part of the Forbes ’30 under 30’ list, ELLE’s ’20 Names to Know’ list, VOGUE’s ‘Cool People’ list, and was named as the first WIRED innovation fellow ‘innovators who will change our world’. Previously, he was a researcher at the MIT Media Lab in Boston and prior to that he was a sensorial researcher in Tokyo, a toy designer in Phnom Penh, activist and researcher in Singapore and social-political entrepreneur/researcher in Bombay.

To enquire about Dhairya’s availability please contact us here. 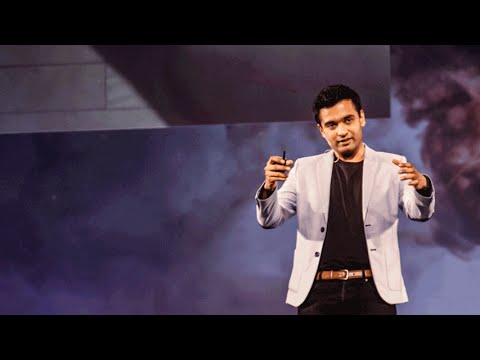 Expert in using the human body as a medium for computation

Interested in booking Dhairya Dand to speak at an event? Please provide your details and we’ll get in touch within 24 hours.